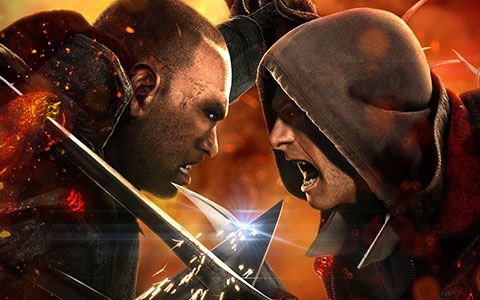 Prototype 2 is the story of an ordinary husband of a deceased wife and a father of a dead son, named James Heller. Heller use to be an ordinary soldier left to die that becomes an extraordinary after getting infected. Your (James Heller’s) only motto is to find out Alex Mercer (responsible for your family’s death) and kill him. But that’s not so easy. In order to reach Alex, you need to clear cities infected with carnivorous monsters and crazy soldiers. But don’t worry, this guide will help you to do the same.

Before we start with the actual Guide, lets have look at the Achievement list:

To start the game you, as James Heller, need to join the area shown on the map after recovering your memory and open the container to release the Hound. Once the beast removed, stop the alert to complete this part of the operation. Join the mission objective indicated on the map and then infiltrate the lair hidden under the bridge.  Inside, open the container to release the Hound and then continue it.

Once in the next room, grab a grenade launcher and attack the beast to accomplish the bonus objective.  After the death of the creature, leave the cave and exit the area to complete the mission.

After activating the mission from the terminal Blacknet, join scientists and try to assimilate quietly starting with getting rid of the soldiers.  Once the first team eliminated, join the second and perform similarly to complete the mission.

Join the area shown on the map and enter the cave to get rid of men’s Blackwatch.  Then exit the cave and remove the armored vehicles that attack you in order to remove the commander.  Assimilate it to end the mission.

Join viewpoint located on the roofs to find the crash site, and then follow the red smoke to retrieve hourly patrol.  The mission ends when you retrieve the last object. Join checkpoint located on the roofs and then retrieve funds mutagenic in the allotted time to complete the mission. Join the basis of Blackwatch indicated on the map and understand the commander discreetly located at the bottom.  Then enter India 2-1 in the database using the scanner nearby and take control of one of the tanks.  With it, destroy other vehicles and then dispose of the remaining soldiers.

Join the point indicated on the map and destroy all helicopters to take out the commander.  Assimilate it and then complete the alert to complete the mission. Join roof shown on the map and then go in search of data spread across nearby.  When you reach the last box, you will fly an advanced data and you must continue through town.  When you have caught up, relate it to end the mission.

Fly the appearance of a Blackwatch soldier and then head to the base 7-3 to Juliet you infiltrate.  Inside, enter the main room and eliminate the Hounds who are killing everybody.  After the battle, join Dr. Fisher waiting in a small room at the back and understand it.  It’ll then more has to get rid of the Blackwatch troops to leave the base and then to complete the mission. Join the basis of Blackwatch indicated on the card and free the prisoners Molossians in Containers.  Then go after them and eliminate them to end the mission. Join the area shown on the map and destroy all the tanks and helicopters.  Assimilate then the engineer to stop the mission.

Dennis Wayne Hunt and battle it to recover his memories, from there, reach the roof shown on the map and then retrieve the data dropped by the helicopter. Go to the area indicated on the map and understand the first team of scientists that you find there.  Then join the second team to assimilate.  Unfortunately, all the soldiers at the scene are really advanced, face them alone and then assimilate them to end the mission.

Join the soldier shown in the map and devour it discreetly, then follow the patrol through the neighborhood and eliminate infected without arousing suspicion. After you got rid of raptors, you will join the team of scientists from the Gentek and you can assimilate without being noticed.  Join the basis indicated on the map and then use a car to destroy the turrets, then enter into the database and get in the main room.  There, activate the incinerator at the back of the room and throw in all containers of Whitelight.  Remove then advanced to complete the mission.

Join the basis indicated on the map and slay all the Blackwatch soldiers at the scene.  Then push the vehicles that will arrive as reinforcements to push out of his hiding Rottweiler.  It will then destroy the vehicle of the order to assimilate.

Join the target area and then retrieve all the boxes before the time runs out, then put an end to the alert to finish the mission. Chase down the tanks in the area shown on the map and then destroy them to get out the Commander Collins and assimilate.  Once again, the officer turns out to be an evolved, then continue it through the city and then take him out to end the mission.

Lindsay Face and understand it to get his memories, and then destroy the first helicopter to drop the cargo.  Collect the boxes on the ground before proceeding to the second chopper.  After the destruction of the third helicopter, the battle moved to end the mission.

Go to the roof where Foster and battle, he and his Hounds, to assimilate his memories.  From there, join the base shown on the map and enter discreetly inside.  It will then approach the doctor Vandiver then create a diversion with a Bio-Bomb.  During the short period of time when all eyes will be for your victim, take time to assimilate any discretion in Vandiver.Then open the laboratory door and try to assimilate the commander Chappin, which also happens to be an evolved.  So fight the officer and then assimilate it to finish.

Join the basis stated on the card and then take control of the helicopter therein.  It will then go to the rendezvous point, to defend the scientist to do then embark on your device. Repeat this for the following two scientists then take the altitude before jumping in midair, thus condemning the three men to certain death.Join the team in charge of the Blackwatch Goliath and face the beast before it destroys everything in its path.  To overcome it, attack it to ring and then, when it is unbalanced, hit his leg cut.  From there, wait until the monster attacks you with his claw and strike it in turn to destroy it.  It will then wait for the Goliath make a huge leap, to avoid it, and then finally hit on the head to end it all with him.

After fighting evolved and assimilated the name Elwood Pine, join the base shown on the map and then devour the commander.  Then enter the base and free the infected in the first room.  Confront them and understand them before proceeding to the next room. There, open the second set of cages and get rid of monsters.  After the battle, exit the base and end the alert to finish.