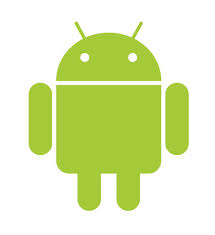 In this article we will talk about the most costly android phones. Money does not matter here. What matters is features, look and camera. Now here there is a stiff competition in terms of price between 6 different models I had selected. In this section the race is only among branded phones. There is no place for others. Right now Samsung Galaxy S4 is termed as the most latest and high end smartphone in the market. It offers you Octa Core cpu with 2GB ram that is simply amazing. But the cost also lies around Rs.40,000. That is last on my list. But yet there are more reasonable choices if you are looking for a high end Android phone. High end here means the phone is great in everything. It can be the Android OS, Camera, Internal Storage, CPU, RAM, look, etc. I had taken only the best models here. You can just have a look on each of them below.

Xperia S is a stylish android device. And ideal high end smartphone with everything you need. Basically this device comes with Gingerbread but it is upgradable to ICS 4.0. It offers overall great features with look also. Here 1.5Ghz Dual Core cpu is just great enough to run high end game or play hd videos. There is no lagging or freezing issue. The touch interface is smooth and fast responsive. While 12MP back camera helps you to capture impressive photos instantly. Sony Xperia S also comes with optimized android version instead of stock rom. Which makes it is better mobile phone compared to others. Loaded with 32GB internal storage it does has a expansion slot. This device has received a positive feedback from ample of users. I will also recommend this device under a high end android phone series.

At the same price of Xperia S, you can also go for LG Nexus 4 if you are looking for crisper screen. This phone is loaded with a Quad Core cpu. It is high in terms of all aspect compared to Xperia S. The phone offers you a Quad Core cpu over Dual Core and 2GB RAM over 1GB in Xperia S. While the screen size is also higher. But in camera it is stuck to 8MP only. And also the internal storage is reduced to 16GB. This is a true high performance phone. It is also a reasonable choice for many you are having low budget in buying high end device. Nexus is a Google’s flagship, released under LG’s banner. This new phone is capable of giving you great output in terms of everything.

Samsung Galaxy S3 is the most popular and widely sold model under high end series. It has performed well in the market. The benefit lies over additional features that Samsung adds in its device. A completely new UI, add-on features, etc makes the device worth to buy. A little bit costlier than Xperia S and LG Nexus, it offers powerful Mali-400MP gpu. It is termed as one of the best mobile gpu for gaming compared to any other available in the market. It is ideal for those who are looking for ideal video calling. The front camera is increased to 1.9mp giving more clear output under all condition. Samsung has already proved its existence in the market by releasing some of the best devices in the market.

Xperia Z belongs to the durable series of smartphone. The body features dust and waterproof design. Adding more to the peace of mind while using it. The phone has a 1.5Ghz Quad Core cpu with 2GB ram. The physical ram is doubled up giving more better usage. This device has one of the best display in the market. The screen look is vibrant and cool enough for every work. The touch also is great. One of the prime factors is durable body design. This just add a non breakable guarantee to the phone. Because it is worth to spend a good amount on a device which promise you durability instead of weak body material. From hardware point of view also the devices just does not fall back on anything. The major issue lies here is with overheating. After using the device constantly from 4 hrs or higher it gets heat up.

This devices lies on the top of my list. Compare to any other phone in high end series I found HTC One X+ as more better. So if you are not really having a big amount to spend on Galaxy S4, then you can go for HTC One X+. Powered by NVIDIA Tegra 3 1.7 GHz Quad core, 1GB RAM and 64GB internal storage, it gives you everything you want. No lagging issue, no freezing problem with any game or app. Unlike Samsung, HTC also comes with a completely optimized android OS. Samsung Galaxy S4 uses TouhWiz, while HTC One X+ uses HTC Sense. One of the best android UI available for HTC mobile phones. Also in terms of multimedia it is loaded with Beats Audio offering great audio output on headphones. HTC One X+ gives complete pack of features in terms of high end series.

Samsung Galaxy S4  is the best among all high end Smartphone’s in the market. Released at a price of Rs.44,000 felled back to Rs.40,000. The phone features powerful hardware configuration with sleek design and many new Samsung features. Here Samsung not only offers an optimized version of Android operating system, but along with it also loads the phone with great accessibility options which is impossible to find in other devices. It is powered by 1.6 GHz Quad + 1.2 GHz Quad processor giving great multi-tasking output. The device is ideal for those who are looking for feature rich device. Compare to HTC One and Sony Xperia Z it is higher is hardware config.

When we talk about high end mobile phones it is essential to buy the one based on features instead of price. Each model is different in its own. Like Xperia S, give you a Dual Core CPU with 32GB internal storage and dedicated video memory. While it does not have durable features. For that you can check out for Xperia Z. A powerful Quad Core device with extremely durable body design. That makes it more long lasting and less feature of using it outdoors. While HTC One X and Samsung Galaxy S4  is high end Smartphone’s only designed to give performance. These are the two device worth to go for if you need the best mobile in the market.