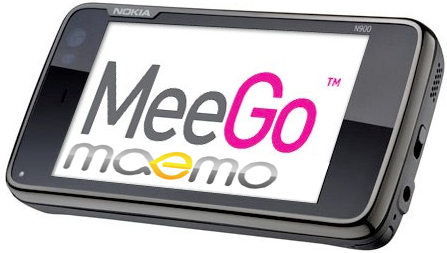 With the new operating system version of the mobile system MeeGo 1.1 there is for hobbyists on the Nokia N900 in the next round. For this version, Maemo operating system on the device are dual-booting the extradition together. The new version of the smartphone operating system, Intel and Nokia together Meego take the fight with Google (Android) and Apple (Ios) on. According to Nokia the final version will be published in October. Meego 1.1 might be for the developers, a similar quantum leap, as for the Google Android version 1.6. The primary goal of the new Meego version was to give the app developers a more stable and more mature environment for the development of additional tools. In order to quickly demonstrate a finished version, Nokia and Intel have currently stopped implementing new features, instead it is working hard to optimize the existing functions and features, and the user interface should be simplified and improved.

Special added value is there for developers on a N900 smartphones from Nokia, this can according to Nokia to use the phone as a dual boot device – so the user can choose between Meego 1.1 and older software Maemo, from this is the current Meego version emerged. End customers, contrary to initial reports do not resort to the dual boot function. On the Maemo side, there have been interesting, supporting developments going on, as well. The PR 1.3 update is quite close now, and with that you can easily dual boot between Maemo and Meego on your N900. There is therefore a Possibility of developing applications supporting both operating systems, based on Qt and Qt APIs Mobility on the Maemo side. It means that device you-can develop once in PC with Qt Creator, and test your applications on both Maemo and MeeGo, directly on your N900.

Thanks to dual-boot with MeeGo and Maemo, the user can consider the operating systems with which he prefers. News about it, to whether it should be apps that run on both Maemo and with MeeGo. Currently it is possible to download a developer MeeGo image and install it. But: The user should be sure to know what he is doing, through such interventions usually disappears system to ensure the device and something goes wrong, it has sent to the user. Even more fundamentally Cromarty warns against MeeGo to install that, although the version we bring each week to date, but there could be significant problems with the installation, because it is far from just a work-in-progress version. Therefore, ideally, present a test unit for this installation, otherwise recommends Cromarty, test all phone functions regularly.

Anyone who has a smartphone with U-Boot support can, leave work immediately with either a or a MeeGo Maemo environment. The advantage is that apps can be directly programmed for multiple systems and tested simultaneously. Also it should be possible to call in MeeGo, but the new system is aimed at the Nokia N900 mainly developers and programmers.

It is also possible in future to play games unmodified WebOS, which is in the video but not shown. It is not necessary to expand the SD card. Also, you need not necessarily ne boot Linux live CD. This is platform independent, since the required commands are handled by the N900 from where a derivative of Linux running. You will need a Micro SD card higher than 2GB for the setup.

Download the file and then unzip the file but I would rather leave it on the computer. This is actually very time consuming. For bzip2, there is a program for each BS. Then it pushes the extracted image (about 1, 8GB in size) on the N900. How do you have to do that, I need not explain, because there really are many possibilities.

Format your MicroSD card in Fat32. The format of your SD card you can easily make out from the N900. For this, open the File Manager, press a finger hold on the SD card, it appears that a submenu to choose their format can.

Now it starts to enter the commands. To do this you should already know the path where you’ve packed your image. For me it is under / home / user / MyDocs / downloads.

This command copies your image. I assume that at each mmcblk0 N900 is an internal memory and mmcblk1 the flash card. If this is wrong, says modest file.

That it takes quite a while, so do not panic, get yourself some coffee or something like that. After that’s done, is something on the issue of records in / out

Then you have to install uboot-PR13 from the System section

Do not panic if I would receive an error message that the SD card cannot be read.

Well not immediately restart. Only re-open a terminal and mount the FAT partition. As root :

On the FAT partition then you lay a file name with the boot.scr. The vi editor would look like this :

Maemo-now will boot as standard. You need at the booting of your choice press a button to interrupt the boot process and as you just type the following:

Once full tested remove the MicroSD from the N900. Then Uboot-uninstall-PR13 and ope the Terminal. Pass the command :

You will get message :

For some reason does not start you can use the following command:

it will boot the original kernel, currently it is the problems in connection with the new u-boot / kernel-Power. I hope it works for most. Please check again but please, before everything, as may perhaps have been an error.

The merger of Moblin and Maemo has reached its end, Meego is available in public repositories with three images ready for download. The first image is for Atom processor-based devices, widely used in netbooks, and the second to Intel Moorestown, such as LG GW990 . The last and most unexpected, at least for me, is available for the Nokia N900. Meego, the operating system for phones and mobile devices supported by the Linux Foundation and Nokia and Intel bet to compete with Google Android, has its first update, just five months after its launch, ready to install on a smartphone.

Meego is the result of the union of two open source operating systems, Maemo and Moblin, and can only be installed on the Nokia N900 (which runs on Maemo), although earlier this year will be available to other terminals of the Finnish manufacturer. Those willing to install on your phone (and was available for netbooks) should do so at their own irrigation, as Nokia does not officially supported at this time. Both systems, Maemo and Meego, can coexist on the N900 using a dual boot.

Firmware image MeeGo on your N900 will delete all your settings and can damage your device. This image will be of interest only to developers, as an experiment. We accept no responsibility for any problems or damage to the device.

The main problem for such a facility – to find a free place. The memory card is ideal, but it uses the FAT32 file system and cannot be used directly. But it is possible to create a disc image and mount it.

Create a file system on the image:

Create the mount point and mount the image in the loop:

Copy the resolv.conf for networking:

Do not forget to unmount all the system folders, which were installed in the chroot. You may have to adjust MEEGO_ROOT again, after you exit the chroot.

The Nokia N900 is used as development platform for hardware developers working with ARM MeeGo on hardware architecture. While the software from the MeeGo project runs on the Nokia N900 for development purposes, Nokia does not intend to Provide a dual-boot OS option to consumers in upcoming N900 commercial software releases as we want to Ensure that we provide the best possible experience designed for that device. The blog post meego.com what Primarily targeted to the audience reading the blog: MeeGo developers.

Intel and Nokia, however, have already led the development work on Meego 1.2 in the paths. In addition to new SGX drivers for better graphics performance will be revised in this release, the camera features and video decoding. Nokia has announced that November, a first version of the upcoming smartphone software. One of the points on which the duo Nokia-Intel will increase the focus is also represented by the possibility to write applications in Qt and Qt Mobility can run on both operating systems: this would allow developers to reduce time to production and preparation gradually the new platform.

Maemo, in fact, proves great for those who love to install special programs such as Wireshark, constantly modify the system and use the command line in a smartphone, but it is poorly suited to those looking for a good product, easy and satisfactory characteristics phone (try to send MMS to believe).

More than a smartphone, currently, the N900 looks like a tablet with considerable potential, so that it now uses Nokia to develop the new operating system MeeGo. This work will provide an additional benefit, namely the ability to develop applications that support both Maemo MeeGo based on QT and QT Mobility API. The holders of the smartphone does not despair then, the N900 will have a new life.

There is no doubt that the Nokia N900 terminal more attractive than those available in the Nokia catalog today. The hardware is a marvel and perhaps the software leaves a bit to be desired (especially in terms of applications available), but it seems that some progress is being made to bring Android to the terminal. Managers to adapt to the N900 MeeGo already warning that those who install it do so at your own risk, the same Nokia has already warned that there would be no official support.