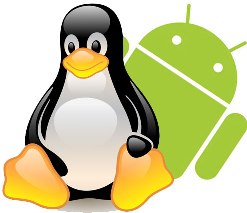 The Linux kernel is available in a version 3.3 that incorporates new code of Android. A version 3.3 of the Linux kernel or kernel has just been put online. One of its main features is to integrate the new project code Android, the mobile operating system promoted by Google, which takes advantage … Linux kernel. Due to disagreements between the developers of both projects, the code from Android was not built in deposits since version 2.6.35 Linux kernel. The decision had been taken because such drivers Android judged not sufficiently maintained and therefore undesirable in the main branch.

Obviously, this story is over. Return code which will allow Android to be able to boot from a Linux kernel 3.3 on an Android user space, run applications. Optimal management of energy and others will come with version 3.4. linuxintroAu beyond the Android code, Linux kernel 3.3 incorporates Open vSwitch (virtual multilayer network switch), offers better management of RAID disks with the Btrfs file system, support for Texas Instruments C6X architecture