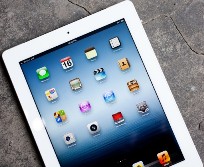 At the same time as the announcement of a policy of paying dividends, Tim Cook, Apple’s CEO, confirmed that the new iPad had sold very well for its launch. This is last Friday saw the launch the new iPad, representing the third generation of the touch pad and Apple as much as his predecessors promised a bright commercial future. If the trappings (such as lining up at Apple Store) were slightly less visible than in previous years, other indicators suggest that the tablet should have sold very well during the first days of its launch. This period is followed by North American analysts as a sign of its success in the following quarters. And for the new iPad, many felt that the record launch of the iPad 2 would be beaten, especially since the tablet was launched in 10 markets (instead of the United States only for the iPad 2), twenty other then being concerned by the end of the month.

New iPad 02Apple does not always provide figures on the launch of its mobile products and for the moment, no communiqué came proclaiming a sales record. Tim Cook, Apple’s CEO, however, confirmed that the new iPad had been a weekend record, on the occasion of the lecture to unveil its policy of paying dividends and share repurchase. A inevitable question, answer probably logical, given the circumstances, and who does not even say much about the eventual success of the new iPad (a little more than the iPad 2?). Analysts said there was talk of one million units sold the first day of its release.