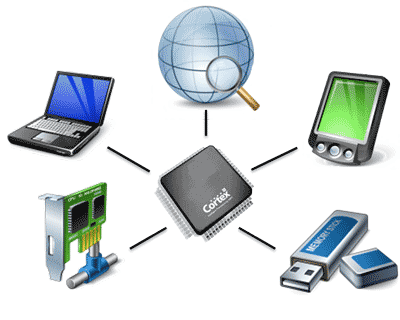 ARM today announced the first implementation of a CMSIS-RTOS complaint real-time operating system based on the industry-proven Keil RTX Kernel. The Keil RTX CMSIS-RTOS implementation supports all Cortex-M processors and is available for the ARM C/C++ Compiler, the GNU GCC Compiler, and the IAR Compiler. Since it is provided under an open source license, the Keil RTX CMSIS-RTOS can be freely used and distributed which allows the creation and sharing of software components that require a real-time operating system. The CMSIS-RTOS API has been released at Embedded World 2012 and provides a standardized interface to real-time operating systems for all Cortex-M processor based devices. The CMSIS-RTOS API offers multiple threads with priorities, resource control, time management, and data exchange. The RTX implementation has a small memory footprint and uses only 7KB ROM and 320 bytes RAM when compiled with the ARM C/C++ Compiler.

Non-intrusive kernel-aware debugging is provided inMDK-ARM. The µVision Debugger shows complete thread information without additional overhead in the embedded system. Using the CoreSight Serial Viewer or ETM trace output, the event viewer of the debugger shows detailed timing information for the thread activity in the target system. The RTX CMSIS-RTOS implementation is published under the popular open-source BSD license and is available for download.