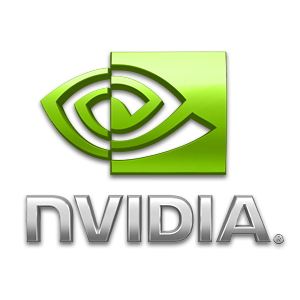 NVIDIA today announced that the two most powerful supercomputers in Russia will use NVIDIA GPUs to address some of the world’s most challenging scientific problems across a broad range of fields.

Underscoring the dramatic growth in the adoption of GPU computing across world scientific communities, the new Russia Top 50 supercomputer list released today reveals that the top two systems are accelerated by NVIDIA Tesla GPUs. These two supercomputers are housed at Lomonosov Moscow State University, which was recently named a CUDA Center of Excellence, and the Joint Supercomputer Center of the Russian Academy of Sciences (JSCC RAS). Moreover, GPUs are accelerating 12 of the country’s top 50 systems — up from seven just six months ago.

“The challenges of modern science can only be addressed by applying huge computational resources,” said Vladimir Voevodin, coordinator of the Supercomputing Consortium of Russian Universities and deputy director of the MSU Research Computing Center. “NVIDIA GPU technologies are one of the most efficient and cost-effective ways to address these challenges.”

From Cancer Research to Space Exploration:
Russian scientists are using NVIDIA Tesla GPUs to accelerate scientific research and discovery for a range of important research projects today, and plan to increase the number GPU-accelerated projects in the future. For example, researchers at IMM UB RAS plan to harness their computational power to accelerate algorithms designed to navigate the Soyuz-2-class carrier rocket, determining an optimal orbit trajectory and ensuring a safe arrival at the target orbit.

Researchers at the Institute of Applied Physics of the Russian Academy of Sciences are using NVIDIA GPUs to run their optic biomedicine diagnostic method, which is aimed at facilitating early detection of cancer, 100 times faster than on a CPU-based system.

“NVIDIA GPUs are enabling game-changing research on some of the most powerful supercomputers around the world, including systems in China, Italy, Japan, Russia, Spain, and the U.S.,” said Sumit Gupta, senior director of Tesla business at NVIDIA. “This tremendous growth is not only due to the vast computational performance and power efficiency GPUs provide, but also because of industry innovations like the OpenACC programming model that make GPU programming easier than ever before.”