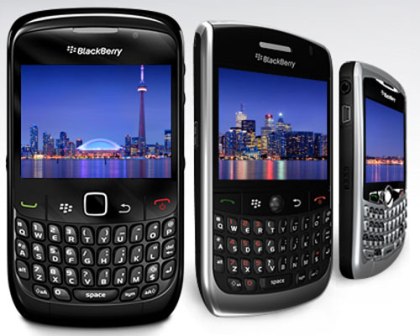 Research in Motion has announced it will be re-introducing its entry-level CDMA offering in India, the BlackBerry Curve 8530, at a price of Rs. 11,990.

At the new price, the BlackBerry Curve 8530 has been given a 37 percent reduction from its original launch price of Rs. 18,990, nearly two years ago. In the intervening period however, prices of the initially launched Curve 8530 had fallen as low as Rs. 13,500, giving the price a 12 percent drop in actuality.

Last week, RIM announced it would once again begin concentrating on the enterprise segment where it retains a lead, and abandon efforts to penetrate certain consumer markets. Shortly before this announcement, RIM had also announced reduced prices (up to 26 percent) for four of its smartphones in India. The Curve 8530 is essentially the CDMA-version of the Curve 8520 (which has now become just Rs. 8,999), and you can check out its complete specifications and feature list over at our Curve 8530 launch article, and the table below.

Francis Jose, the Head of CDMA at RIM India spoke about the re-introduction of the BlackBerry Curve 8530:

“Smartphones are getting popular day by day, but a majority of these are on GSM technology. While CDMA mobile phones have been popular, there is a very little choice for consumers when it comes to CDMA smartphones. And that is why we are re-launching Curve 8530. This will not only help users who are looking at more smartphone options for CDMA, but will also ensure that more CDMA users can move to smartphones.”

Prices of the BlackBerry PlayBook have also been repeatedly slashed in the recent past, with the latest eye-popping bargain retailing the 64GB PlayBook for just Rs. 19,990. A PlayBook 2.0 update has also been released, making it a much more attractive device.