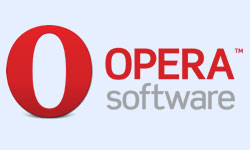 App-Tribute’s one-of-a-kind technology works for app-based advertising campaigns and enables cost-per-click (CPC), cost-per-download (CPM), cost-per-install (CPI) and cost-per-mille or 1000 impressions (CPM) promotions. It works across all ad formats, including banners, interstitials and within rich-media creative and is available for iOS and Android devices.

For app developers, App-Tribute provides clear feedback to to determine which publisher app should be attributed for promoting an app download and installation. App-Tribute does not rely on any incentivized download methodology and focuses on enabling an ecosystem that delivers tangible and measurable value to mobile developers.

App-Tribute consists of the following independent components for either advertisers or publishers:

This is a small footprint SDK that developers include in their applications to track successful downloads and subsequent installs of an application. No personally identifiable information (PII) is accessed or shared in this system and the only server-side communication is to report, and validate app installs. This is available for free for Android and iOS developers.

Available as either an SDK or bundled with AdMarvel rich-media SDK, the publisher SDK tracks the promotion of apps and anonymous consumer interest in designated apps. Also, App-Tribute provides proper attribution to the publishers that promoted and facilitated the subsequent download or installs of the promoted apps.

The AdMarvel rich-media SDK also provides publishers a complete cloud-based advertising platform with support for ad mediation from over 100 mobile ad networks around the world, industry-leading campaign management, and ad serving — with full support for rich-media ad units from all the leading rich-media ad providers, ad intelligence and analytics. The AdMarvel SDK is used by leading mobile publishers and reaches an audience of more than 150 million smartphone consumers across more than 8,000 mobile sites and apps globally.

“Since the launch of iOS in 2007 and Android in 2009, we’ve watched both sides of the industry – both developers who want to advertise their apps and those that want to monetize their app traffic — struggle with the thorny issue of promoting and tracking app downloads. We’ve seen schemes that attempted to solve the problem through device and user tracking, many of which raise troubling questions around accuracy and consumer privacy,” said Mahi de Silva, EVP of Consumer Mobile at Opera Software. “Working together with several of our industry-leading publisher customers, we’ve designed and implemented a trusted third-party solution that satisfies all the constituents. We are very pleased to bring this innovation to market and take app promotion and monetization to the next level.”

App-Tribute has already been deployed by some of Opera and AdMarvel customers including a leading personalized internet radio service and some leading mobile game developers. Get more information about App-Tribute at http://admarvel.com/app-tribute.