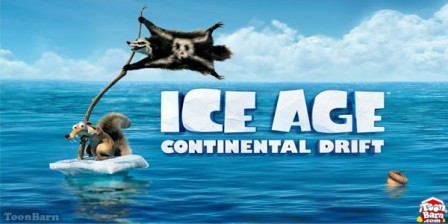 “Anticipating the summer release of the new Ice Age movie, we’re taking mammoth measures to give gamers of all ages an action packed Ice Age experience that parallels the clever and inventive qualities of the franchise,” said David Oxford, Executive Vice President, Activision.  “It’s important to give players the freedom to interact with these beloved characters in a motion-based video game for players of all ages.”

When their island is set adrift in the midst of continental upheaval, Manny and the herd encounter a ragtag menagerie of seafaring pirates with a secret treasure.  Having trouble deciding on how to split the treasure evenly, they collectively decide to settle the problem through a series of off-the-wall sporting events including ski jumping, ice smashing, and glacial hopping.  Ultimately, the winner of the most events will be entitled to the prize.  As the prehistoric games begin, players must side with Manny and the herd, or the seafaring pirates to determine the fate of the riches.

“The Ice Age franchise has created such a strong connection with fans across the globe.  When the next chapter arrives in theaters we wanted to create a product that allows fans to immerse themselves in new worlds with new characters,” said Jeffrey Godsick, President of Fox Consumer Products.  “Activision has created a great game that we’re confident will extend the fan experience and truly augment the film in a fun and exciting way.”