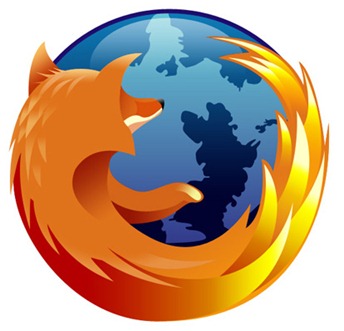 Firefox 13 Download is available in beta.  Mozilla has revised the home page and new browser tab. The latest stable version of Firefox is proof of the innovations in the Mozilla browser may not be directly visible to the user.  One thing that one can draw from Firefox 4 released in March 2011.  It’s a bit like the law of a rapid development cycle, and Google Chrome there is no exception.  Still, since Firefox 4, performance improvements have continually been added, including JavaScript, or reducing memory consumption, excluding improvements support Web standards. For the end user, innovations are immediately visible indeed in preparation.  The highlight will probably be in the second half with a refresh of the user interface .  A revised and updated look for the time known to Australis. But from Firefox 13 that has just entered beta, visual changes are the order of the day.  It all starts with the homepage which menu items were deported.  Under the Google search box, buttons provide a direct link to the download manager, bookmarks, browsing history, add-ons, the sync feature and browser settings.  Practice to make the homepage a sort of central clearing.

When opening a new tab, it’s the end of the blank page with a grid in place with miniatures of the most recent and frequently used.  This page is configurable with the ability to rearrange sites by dragging and dropping, to pin a site or delete it.  Top right, a button to show or hide the new tab page. Other changes found in Firefox beta 13, the tabs that are not loaded by default during a restore to optimize the startup time, smooth scrolling (scrolling for a fluid) which is enabled by default. Another is the default activation of SPDY to accelerate the display of pages in that sites support this protocol that compresses HTTP headers.  SPDY figure also all communications with SSL.