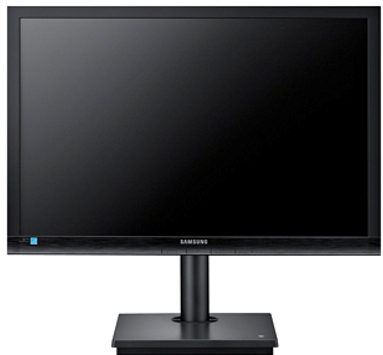 “Our goal is to achieve the number one market position for cloud displays within the next six years,” said Tod Pike, senior vice president – Enterprise Business Division, Samsung Electronics America. “With the introduction of these latest cloud offerings, made possible through a partnership with Texas Instruments, we will continue to provide the desktop virtualization market with display products that enable businesses to create more efficient and secure corporate environments.”

“The new S-series and B-series SyncMaster devices are the latest examples of Samsung’s strong commitment to cloud displays and Citrix desktop virtualization,” said Aimee Catalano, vice president of Alliance Marketing at Citrix. “Samsung is a strong alliance partner and we are pleased that Samsung has furthered its commitment to the HDX SoC initiative.”

At Citrix Synergy, Samsung will be showcasing three S-series models (TS190C, TS220C, TS240C), which include an embedded Citrix zero client, and one B-series model (TB-CH), designed to be used in conjunction with a customer’s legacy monitors. These zero-client displays enable simple configuration, fast booting, minimal firmware and automatic updates.

These Citrix-dedicated monitors offer desktop virtualization and provide a clean, efficient working environment by allowing the user to remove the PC from their desk. As a result, users can work anywhere by accessing their own apps and data through a tablet PC, such as the Samsung Galaxy Tab. Samsung display products are available through Samsung resellers and distribution channels, which can be located by calling 1-800-SAMSUNG or by visiting www.samsung.com.