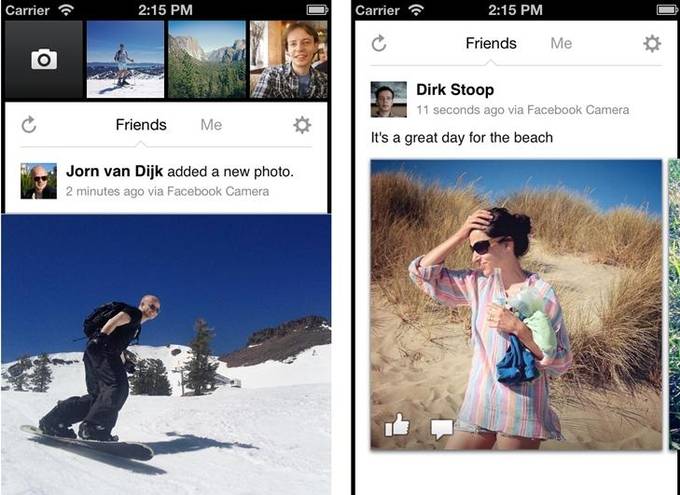 While Facebook has gotten hold of Instagram, the social network launched a similar application on the iPhone for publishing and sharing photos.

Facebook announced a new mobile application designed to simplify and speed the publication and sharing photos on the social network. An application called Camera which currently is for the iPhone .

It allows selecting multiple photos and publish them at once. A publication by lot in addition to opportunities for alterations (cropping, rotation, filters), the identification of persons via tapping.

” When you launch the application, you will see a string of beautiful photos of people you care about. You can drag your finger to see more photos in an album or tap to enlarge a photo , “said Facebook in a statement.

A future merger between Instagram – which is also available on Android – and camera seems logical now anyway.