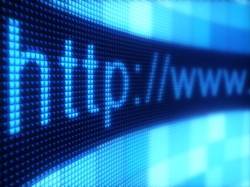 ICANN will unveil on June 13th the list of proposals for new custom domain names. Google gives a taste of his choice.  Currently there are about twenty names of generic top level domain (. Com,. Org. Net …) and nearly 250 national extensions such as. Fr example.

Early 2013, new custom domain names should indeed start appearing on the Web. A taste of the content of this change will be announced on June 13.

Earlier this year, ICANN (Internet Corporation for Assigned Names and Numbers) has started the process for filing applications for obtaining a new extension. The list of applicants and new suffixes will be announced in two weeks.

This publication will help to address the possible challenges while many brands or industries are likely in the running.

Yesterday, ICANN said to have exceeded 1,900 applications. The mere filing of a case costs 1,85,000 $ which are added annual fee of  25,000 $ in case of acceptance. Google reports have already submitted applications for multiple domain names. google ,. youtube. docs and a wonder. lol. For the latter, Google sees an interesting and creative potential.