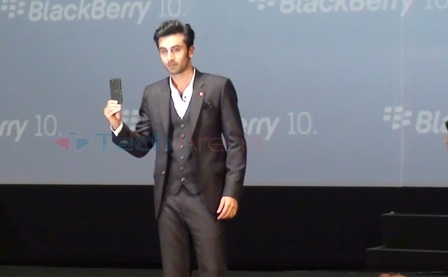 Today in Mumbai Blackberry India launched the company’s most awaited device ‘Blackberry Z10’. The Launch event took place at Grant Hayatt in Mumbai. During the event, Mr Vivek Bhardwaj, The head of Software Portfolio Blackberry introduced the features and functionality of top 10 apps which consists of:

According to the preview the new Blackberry OS appears very smart. You can see these app’s preview here. We will find out more about this OS in the review of this device very soon. Blackberry Z10 was finally launched by Bollywood’s well known actor Ranbir Kapoor. The price set for this smartphone is Rs 43,490/- which seems quite costly. You can see the exclusive coverage of Blackberry 10 launch event in this video.