After months of rumors and without ever having officially released on the subject, Microsoft announced its present next Xbox gaming console at a conference to be held on May 21.

Microsoft has just launched a few invitations to invite the press to one of the major events that will take place just days before E3.

The Redmond should formalize and show the “new generation of Xbox.” May 21 had already been singled out in a few rumors, and the conference will be broadcast live via Xbox.com and Xbox Live.

The event should propose a quick preview of the console, and you can expect to see the case of the latter. In addition, with the E3 to be held on June 11, it could be that the two tenors of next gen video game reserve in order to make a more detailed presentation of their platform.

The silence and the lack of communication from Microsoft about its console have not served the buzz in the right direction, and while it is not yet official, the Xbox 720 or Durango is already strongly criticized. 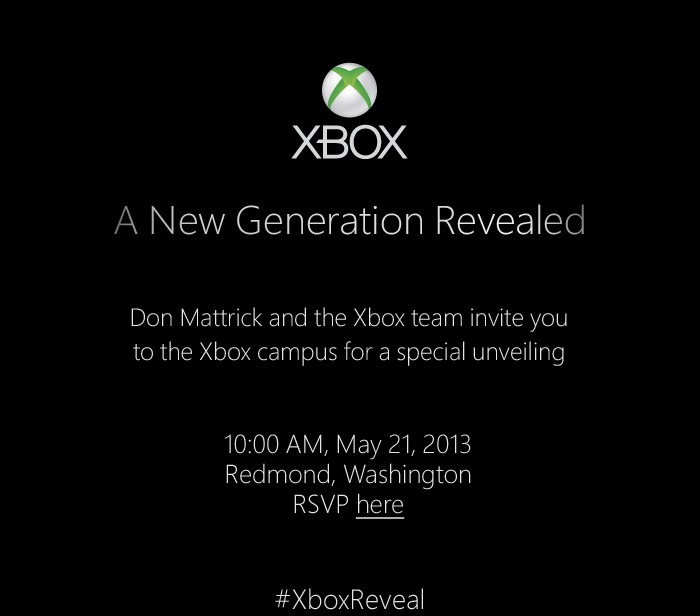 Criticisms that are based on rumors, and took a new turn after the case Adam Orth and his eviction from Microsoft.

In addition, we expect Microsoft firm on the issue of mandatory internet connection from the console , but also at the announced death of the used game marketed by implementing a activation code system disposable.

As of May 21, it will be official said that war is declared between Sony and Microsoft at the Next Gen consoles finally.