The Huawei Ascend P6 could beat the Alcatel One Touch Ultra Idol as the thinnest smartphone in the world with 6.2 mm thick.

The smartphone manufacturers are fighting for running the largest screen on a smartphone, engaging in the category of 6″displays and more but they are also interested in the fineness of their devices.

If the latest products assume a thickness of 7 to 8 mm, with a few exceptions located down below 7 mm, the Chinese TCL has revived the battle with its model Alcatel One Touch Ultra Idol with 6.45 mm thick. 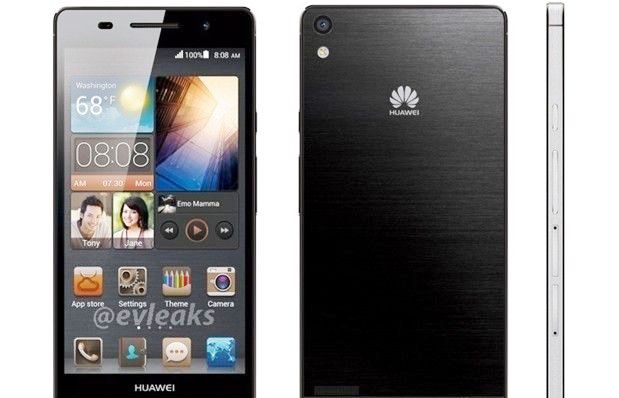 It may soon be dethroned by a model developed by Huawei, known as the reference Huawei P6-U06. Still unofficial, it is now appeared under the name Huawei Ascend P6.

It is again EvLeaks that provides a preview announcement, confirming a thickness of 6.2 mm and a metal shell. With android, it should load the Emotion UI Overlay on the latest handsets from the manufacturer.

It should also carry a Huawei’s quad-core processor (K3V2) clocked at 1.5GHz combined with 2GB of RAM, with a display 4.7″ and 720p. The model Huawei Ascend P6 could be presented on June 18 at an event in London.