For the third consecutive year, Apple is the world’s most powerful brand, in the BrandZ, ahead of Google.

Proposed annually by Millward Brown Optimor and commissioned by WPP, the BrandZ study presents the top 100 most powerful brands in the world. For this, the financial and business performance of companies are associated with the results of a survey of 2 million consumers worldwide.

For the third consecutive year, Apple holds the top spot with an estimated $185 billion in value. The disappointment registered by the actions of the group has not played. However, the value of the Apple brand grew by only 1% compared to last year’s ranking. And in the 2012 rankings, it had increased by 19%.

In second place comes Google with $113 billion and an increase of 5%. Google has won a place and reversed the trend after a decline of 3%. The podium was completed by IBM with $112 billion and a decrease of 3%.

Millward Brown Optimor notes that Apple’s main competitor embodied by Samsung in the smartphone market peaked at the 30th place in the ranking with a brand value of $21 billion to a strong increase of 51%.

Among other technology players, Microsoft dropped by 9% position in 7th place. Facebook has lost 12 places to appear just behind Samsung.

Check the below BrandZ Top 100: 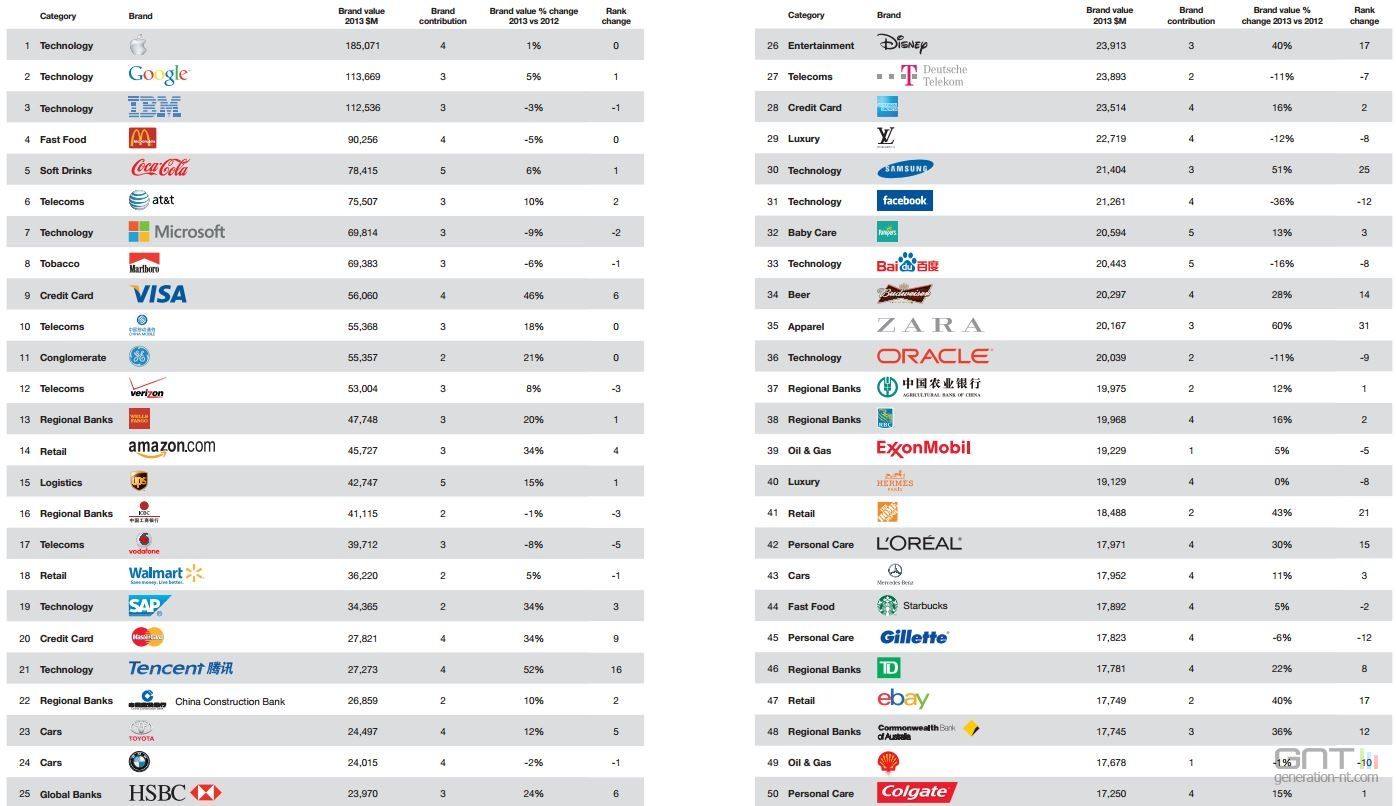