Google and Microsoft seem to have reached an agreement to formalize the YouTube application on Windows Phone 8.

After being ordered to remove its unofficial app developed by YouTube, Microsoft has stood against Google for its part that points a breach of the conditions of use of its programming interfaces. Microsoft had implemented some workarounds like the ability to download clips or overrule local geographical playback restrictions. In addition, the clips contained no pre-roll advertising.

Rather than responding to this notice and to withdraw the application of its kiosk downloads, Microsoft has decided to deploy an update to remove these workarounds, without adding any advertising. The editor explained that Redmond does not have access to the necessary APIs. Microsoft has also filed a formal complaint on 30 March 2011 pointing practices done by the Mountain View company. 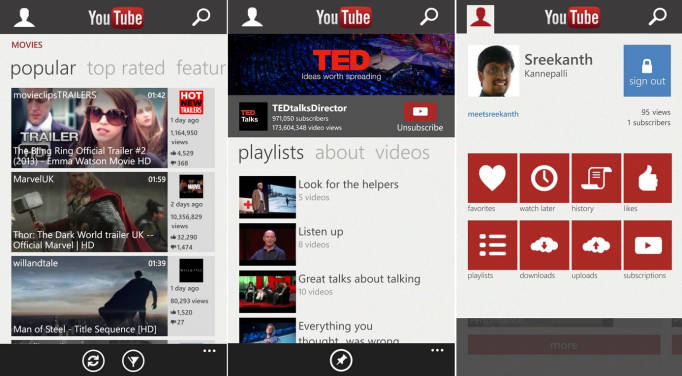 However, both parties appear to have reached an agreement. In a message sent jointly by Microsoft and YouTube, it is thus explained: “YouTube and Microsoft are working together to update the new version of YouTube for Windows Phone so that it meets the conditions of use of interfaces programming (service).”

The statement, reported by ReadWriteWeb, explicitly mentions the addition of the advertising for this next release.