Samsung has announced an event on June 20 in London. The company will unveil new products in the Galaxy and ATIV ranges.

The South Korean firm continues to release its impressions by making a new accouncement for its Samsung Premiere 2013 event. June 20 or so Samsung plans to unveil the latest in its Galaxy and ATIV ranges, which means that products running Android, Windows Phone and Windows 8 will be the  event based on. 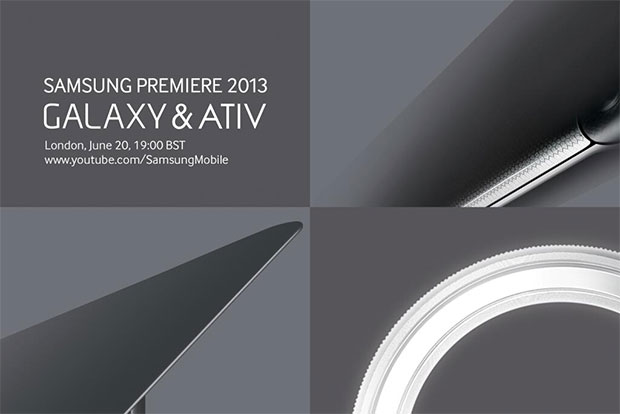 The invitation said nothing more and just a few evasive shots on deliverables. If ATIV news is a complete mystery, Galaxy side might include S4 mini or Galaxy Tab 10.1-inch that was previously announced on March 8.

Some media even speculate on the potential announcement of a dual-boot device, which combine Android and Windows 8. So until June 20 at 19h: the press conference will be broadcasted live on the YouTube channel of Samsung Mobile, we should wait and see.