Samsung briefly published on its website an explicit mention of the Galaxy S4 mini in its list of devices. For many, it is a proof of the imminent arrival of the new device in the market.

First expected in the month of May, the output of the Galaxy S4 mini, according to a rumor began in late April, was shifted to the second half of July. But it seems that Samsung is actively preparing for the posting of information on the new device, as witnessed by a brief appearance of the latter on the Samsung Apps site last weekend. 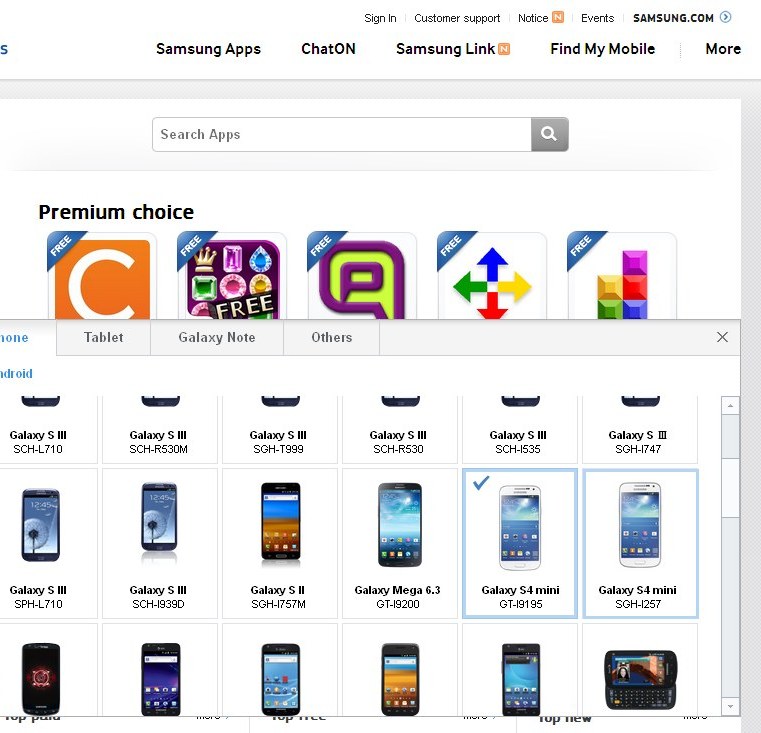 The site TGSpot shows a screenshot of  two models of Galaxy S4 mini. Namely GT-I9195 and SGH-I257, these two models are not associated with any specification at the moment: the device still rumors to be equipped with a 4.3-inch qHD screen, a processor clocked at 1.6 Ghz and 8 megapixel sensor.

Note that this is not the first time that Samsung evokes S4 mini ahead: the device is also mentioned in the description of the application on Google Play WatchOn . However, these elements do not bring anything other than confirmation of the arrival of the device which Samsung has never really hidden existence.