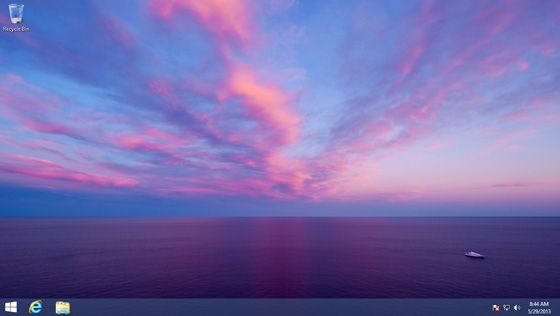 Various informed sources have just confirmed that Windows 8.1, also known as the “Windows Blue” will indeed have a Start button in the current version of the Microsoft OS. Information supported by screenshots.

Sites ZDNet and Winsupersite state that: according to sources close to Microsoft, Windows 8.1 will indeed have a Start button. However, one thing seems certain: it will not be a return of the Start menu as shown in the previous versions of Windows.

The main function of this button is to switch to the classic version of Office to Modern UI display, but also access to the screen that shows all installed applications on the machine, allowing quick access. In fact, if the display as a menu like in Windows 7 will not be waiting for you, it should still be possible to access installed software by clicking the famous button.

On its website, Paul Thurrott says that the Start button as it appears in the Preview Milestone version of Windows 8.1 is not only enabled by default, but also cannot be disabled. One point that could still change in the final version. The reporter confirmed that the update should allow the user to configure the OS so that it enters the traditional office rather than the Modern UI interface.

Microsoft is expected to unveil Windows 8.1 in more detail at its Build conference on June 26.