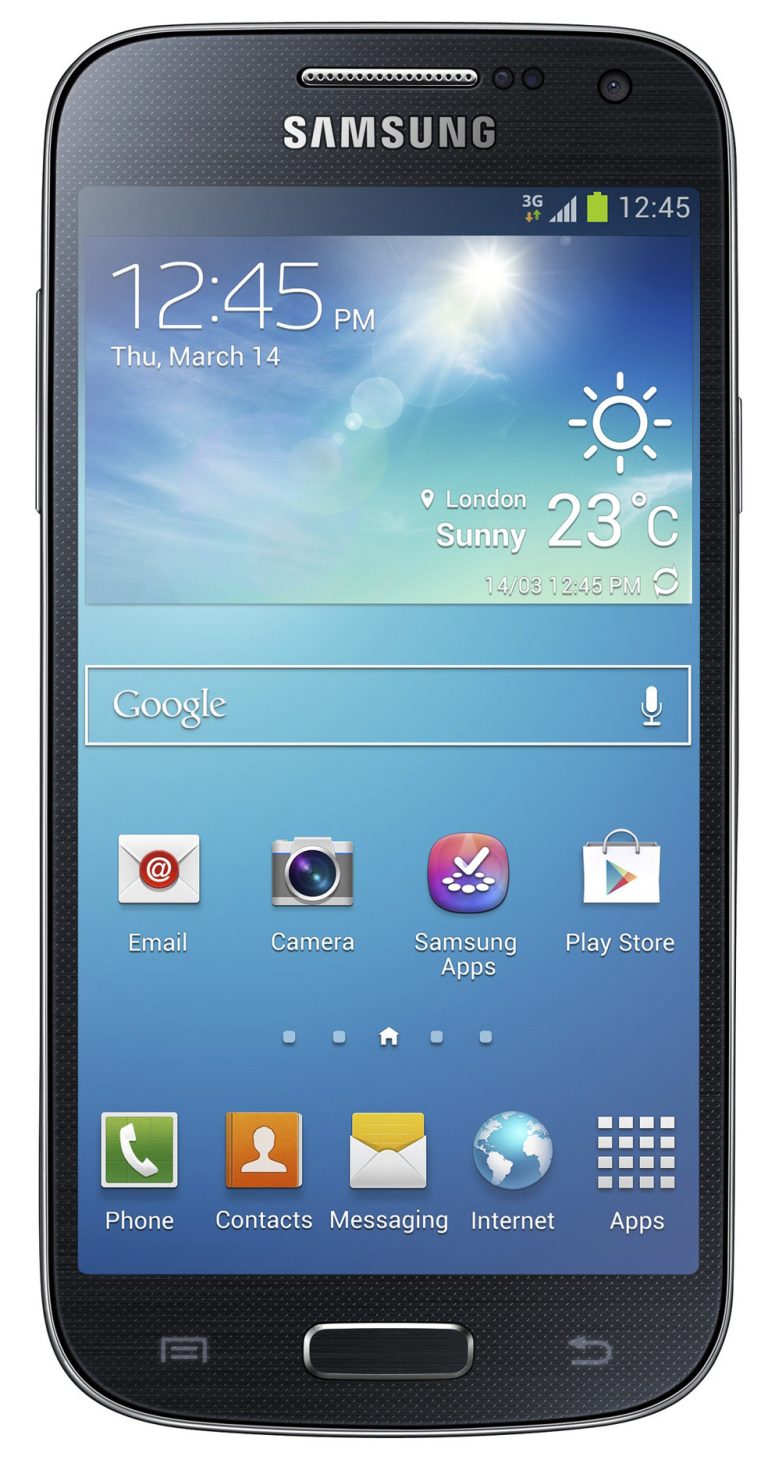 Samsung has officially unveiled the Galaxy S4 and mini, ahead of its expected date June 10. After months of rumors, the device finally reveals its specfications to the potential consumers.

The gossip had generally been right about the specifications of this alternative to the Galaxy S4 phone. Mini Galaxy S4 has a Super AMOLED 4.3 inch qHD (960 x 540 pixels) screen, a dual-core processor clocked at 1.7 GHz, 1.5 GB of RAM and 8 GB of internal memory, on which 5 GB is available to the user. However, the smartphone has a microSD card slot to expand its storage capacity to 64GB. 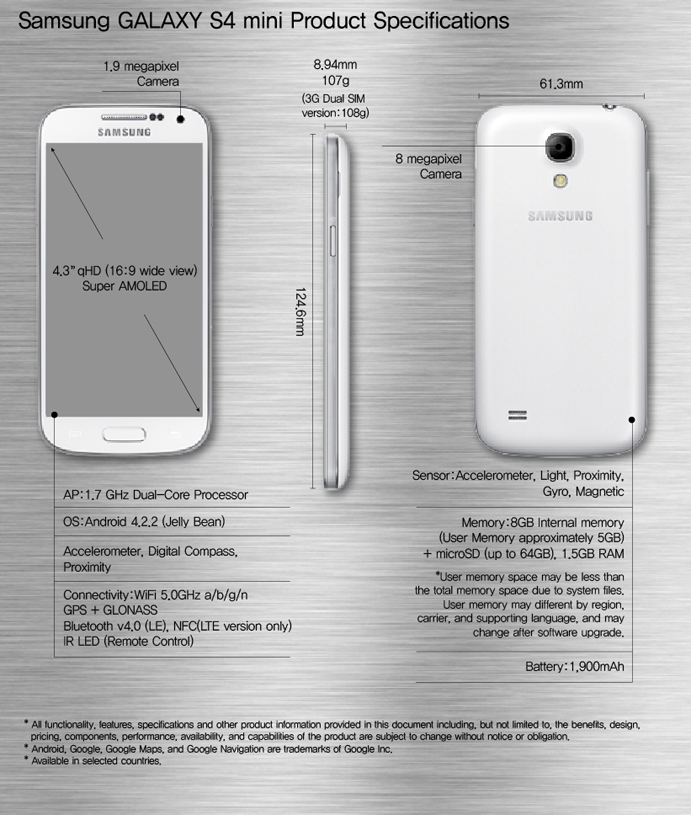 Camera side, you can count on a 8 megapixel sensor at the rear and another 1.9 megapixel camera at front. The device is equipped with new software features, including Sound & Shot which records the noise and the related photos, or Panorama Shot voice capture for multiple photos and then to assemble in order to give a shot at a wide angle.

The Galaxy S4 Mini also has S Translator and S Health. It will be available in black and white at a price yet undetermined, probably have to wait until the device is revealed a little more on June 20.