The Huawei Ascend W2 appears again with an image through unofficial press EvLeaks.

Recent partners announced support for Windows Phone, this time it is the Chinese manufacturer Huawei, who also wants to ensure the good graces of Microsoft in developing Windows Phone 8 smartphones.

First there was a Huawei Ascend W1 model which was launched in the United States, but there is also a Huawei Ascend W2 whose rumor comes up regularly and has the particularity to measure only 7.7 mm thick. 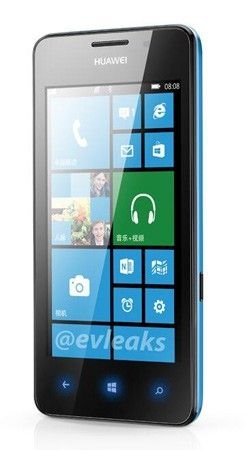 It is supposed to have a touchscreen display of 4.5″ HD and features a dual core processor combined with 1GB of RAM and 16GB of storage space. It would own a 8 megapixel camera on the back. Already insight into the nature, it reappears as a press report provided once again by EvLeaks on Twitter.

We find the same appearance as in the supposed photos of previous Huawei Ascend W2. The smartphone is expected to have a comfortable 2800 mAh battery and its price was estimated at about $500.