The variant of the Galaxy S IV with hardened shell resistant became official: the Samsung Galaxy S4 Active is a smartphone for high-tech fellow explorers.

The Samsung Galaxy S4 Active is not really an unknown smarthpone since its existence has been confirmed by Samsung several weeks ago. This smartphone from the Korean group comes with a hard exterior that includes water-proof and IP67 dust protection and a fully sealed design.

Boasting an IP67 dust protection allows immersion for 30 minutes up to 1 meter deep water. The Active S4 is presented as an ideal companion for outdoor enthusiasts.

The headphone jack is itself protected against water and allow its use even in extreme conditions for a smartphone. On board, it is ultimately much the same  Snapdragon 600 quad core 1.9 GHz processor like Galaxy S IV with 2 GB of RAM, while the display is still 5″ Full HD Super AMOLED but swapped for the TFT LCD, which is less fragile for its intended use but still a density of 443 ppi and also usable with gloves using the Touch Glove function. 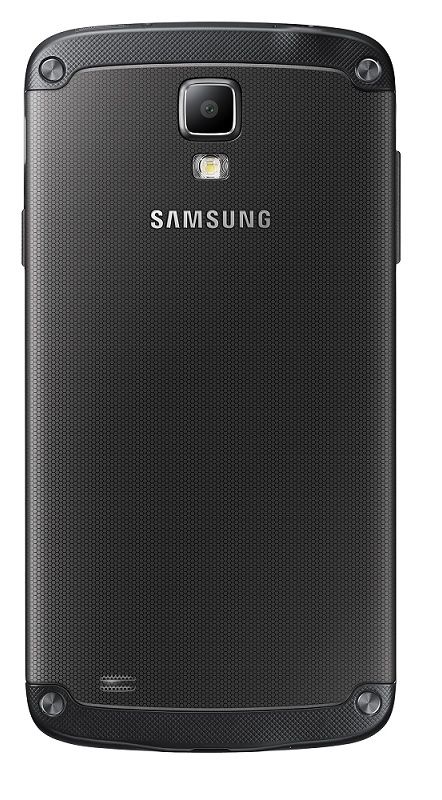 On the back there is a 8 megapixel camera with an exclusive Aqua optimizing fashion and video shots underwater, while the volume keys can be used to take pictures without having to use the touch display. The flash can even be used in flashlight mode by long pressing the volume keys for hikers in search of their camp at night.

On board, the same Samsung features are present like S Translator, S Travel, S Health and Story Album, Mart pause (pause the video when the eye is no longer detected by the front 2 megapixel camera), and the Samsung Hub, infrared remote control with Samsung WatchON or Samsung ChatON messaging service.

With Android 4.2 Jelly Bean, Samsung S4 Active loads a generous 2600 mAh battery and weighs only 151g. It has 16 GB of internal memory, expandable by microSD port and compatible with