Microsoft announced the availability of an update to Twitter application for smartphone with Windows Phone 8.

After a major update in February, the official Twitter client for Windows Phone updated to version 2.1. This new version focuses mainly on photography.

Before publishing a photograph, mobile users will be able to apply a filter similar to the way like Instagram. In total 8 different filter are proposed in order to obtain a retro effect, saturated or black and white. Note also the ability to play Vine video clips that is added to tweets posted by users of iOS or even Android. However it is not yet possible to capture. 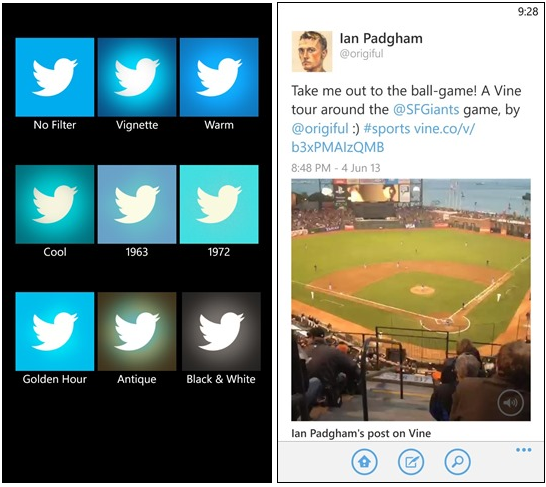 The Twitter application also allows to save the pictures sent in by local contacts and refresh the list manually.