Software VoIP Skype has just received a minor update and is now in version 6.5 for Windows and OS X.

In its latest version of Windows and OS X, Skype always gives a new Skype Video Messaging feature, which was originally introduced in the application for the iPad and Android tablets. This innovation, to enable sending video clips to disconnected people, remains experimental.

For Windows (standard desktop), a subsidiary of Microsoft said it had simplified adding contacts. Other problems that have been fixed include better management of current transfers with the ability to stop them. The developers have also added a notification in case of power during a call. Finally Skype is generally more stable. 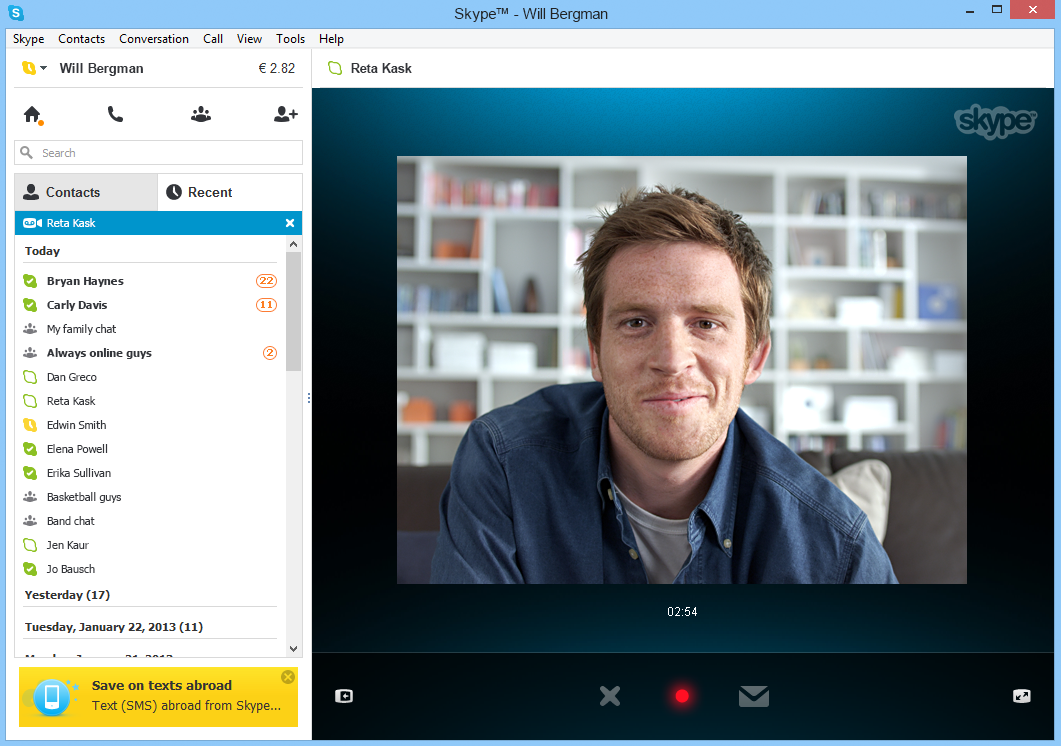 Mac users observe some improvements to the telephone module with the ability to directly paste a phone number. Included also is the preferences spell which will now be saved. The list of corrections  are given here http://blogs.skype.com/2013/06/05/skype-for-mac-6-5-with-better-ways-to-share-and-call/.

At the end of last month, the team explained that it has completed the integration of a plug-in for professional users with Lync client for now supports instant messaging and voice calls.