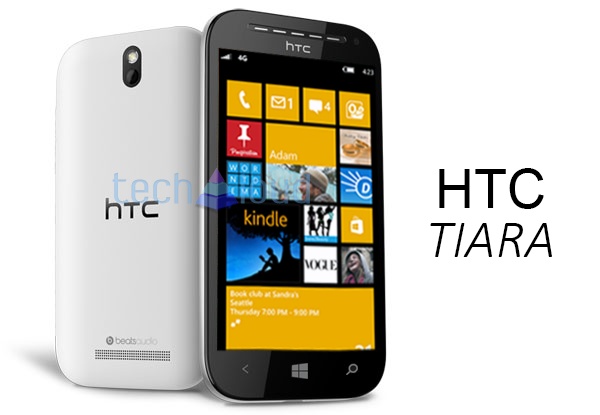 The manufacturer HTC now launches a new smartphone equipped with the next version of Windows Phone.

We learned yesterday that Acer wanted to return to the Windows Phone Marketplace early next year, but it seems that HTC also wants to strengthen its position and now an initial specifications of a new device have been revealed.

Known under the code name HTC Tiara and discovered by UnwiredView.com the smartphone in question displays a screen of 4.3 inches and would position in the midrange series. It is powered by a dual core Snapdragon processor clocked at 1.2 GHz and supported by 1 GB of RAM.

Other information collected include an 8-megapixel camera and a front camera of 1.6 megapixel. The recovered document also mentions 8 GB of internal storage and a battery of 1800 mAh. The smartphone is also delivered on Windows Phone 8 GDR2. Among the novelties of this next version, it also include the re-introduction of FM radio module and the introduction of CalDAV and CardDAV protocols to continue support for Google accounts. Recall that a draft revealing other elements was recently unveiled also.

According to a study published yesterday and conducted by Adduplex advertising firm, Nokia holds a share of more than 80% on the Windows Phone Marketplace. HTC would position itself in second place with 13.7% to 4.5% of Samsung.