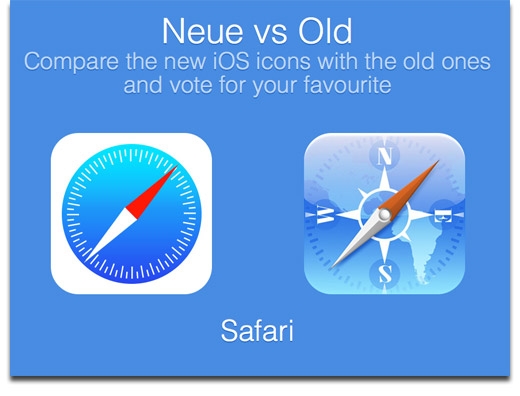 We know now, iOS 7 will change the version for Apple. The new version of Apple’s mobile OS is already debated yet, mainly at the level of aesthetics.

Difficult for many to know what users really think of the new icons of iOS. Especially since some have been modified before its official release after strong criticism. 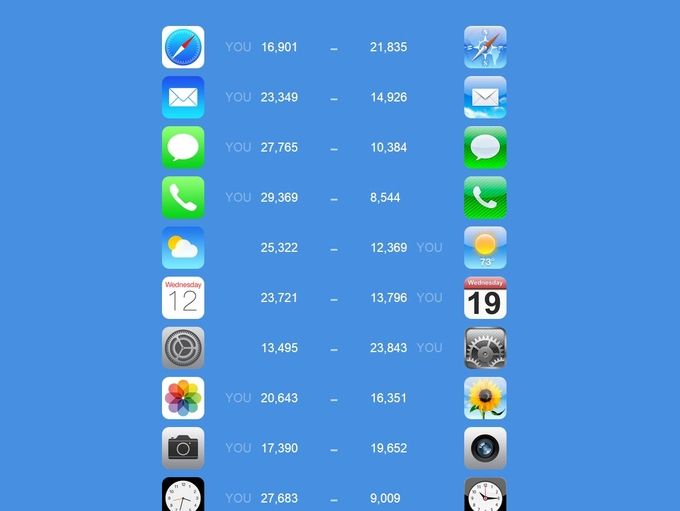 However, a site specially created as a survey compares the main icons of iOS 7 and iOS 6 and share their preferences. It can thus be noted in the comparison of iOS 6 and iOS 7 that attracted more icons in messaging, telephony, weather, clock and many more.

Finally, 18 more popular icons of iOS 7 of the 22 proposed their older versions of iOS 6 are shown. The comparison is available here – http://www.neuevsold.com/