New Malware now targets users of Safari on OS X. A ransomware which requires the payment of a fine because of the consultation or distribution of prohibited pornography, piracy.

The Ransomware malware type generally target Windows users. It has already made a few exceptions to this “rule” with a raid for Android. Its presence on OS X has been debated but never actually had been proven.

The security company Malwarebytes believes however that OS X is not as immune to the ransomware threat. OS X users are also the new target of an FBI Ransomware variant that has spread widely on the Internet.

In this case, it is the misuse of JavaScript code to trap Safari and prevent the user from closing the browser window. So there is no infection of the system and the attack can be easily annihilated. 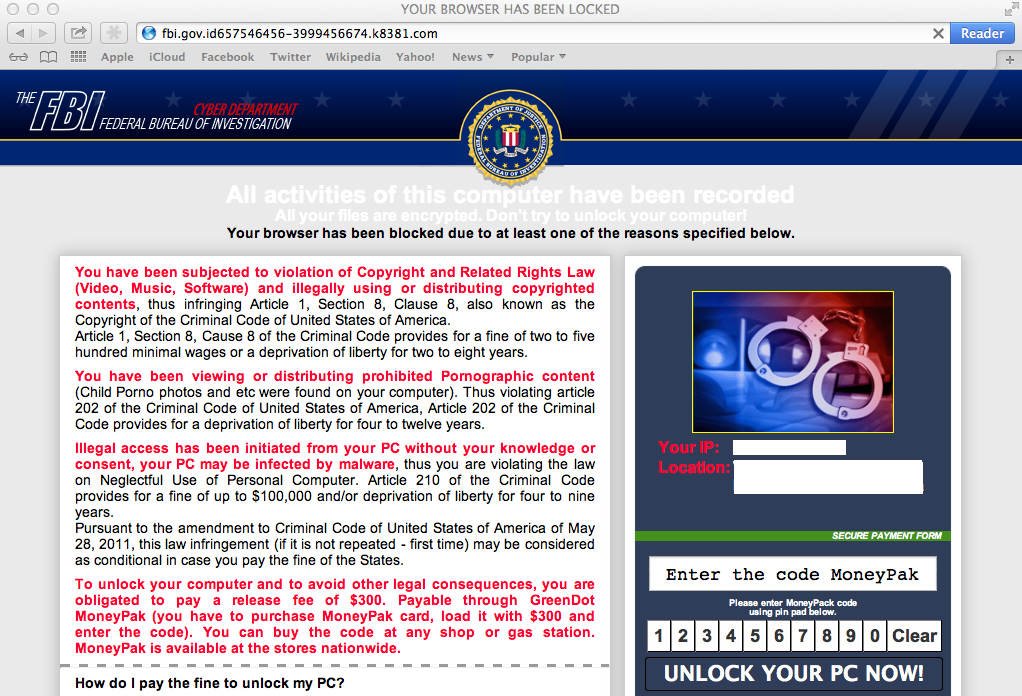 The ransomware displays a page that is supposed to be affiliated to the FBI. Its a very suspicious address of fbi.gov.id657546456-3999456674.k8381.com. The user is then accused of violating copyright or consultation or distribution of banned pornographic content. With the logo of the FBI, it is particularly alluded to child pornography pictures.

By taking advantage of such a feature to restore Safari, the user gets stuck on the page and request the payment of a fine of $300 for a release. However, it is not hard to get rid of this annoyance for trapped users. Users can reset Safari to get rid of this ransomware.