After recent rumors suggesting that Apple has spent second time in the development of its iWatch, it’s time for Microsoft to be the subject of further speculation.

Microsoft would not be only still in the race for the output of a smartwatch, but the project was ultimately found refuge in the hands of the department area to perform the testing phases. The Amongtech site reports that prototypes are being tested at Microsoft. The smartwatches from Microsoft would be expected with removable bracelets and of various colors (blue, red, yellow, black, white and gray).

In addition to its touch screen size of 1.5 inches, the case is made of aluminum oxynitride, a transparent aluminum to 80% while still being 4 times harder than glass. For long developed by a team from Xbox department, the smartwatch would finally get the rights to its own department within the business area of Microsoft. 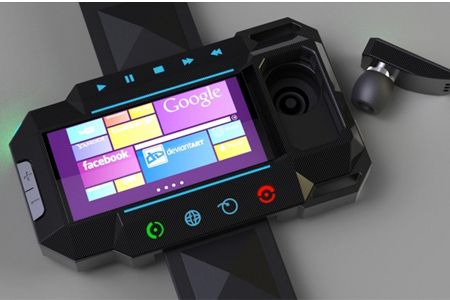 The watch proposes an adapted version of Windows 8 oriented cloud storage. Its originality is that it would not need a smartphone because it itself contains with its own 4G LTE connection and 6GB of internal storage. Nevertheless, the Microsoft smartwatch should be able to communicate with smartphones, view notifications and stand as a remote control for a set of features.

Still a prototype, the watch should be officially presented at the end of 2014.