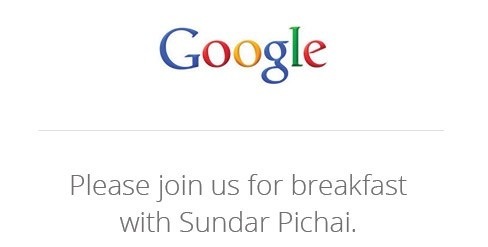 Following an invitation received by Google, many rumors are speculating on the web what all things Google will be releasing in the event.

The American press has been invited to an event hosted by Google. If no information has been shared on the nature of the content that will be unveiled, the company, however, said that these announcements will be made by Sundar Pichai, currently Vice President of Android, Chrome and Google Apps in the company departments.

Innovations could be unveiled by the Mountain View company and especially about the next version of Android because the company has not announced anything in May during its Google I/O summit. Google could also shed light on the Moto X, the next smartphone from Motorola Mobility, whose production has been conducted in the United States subsidiary. 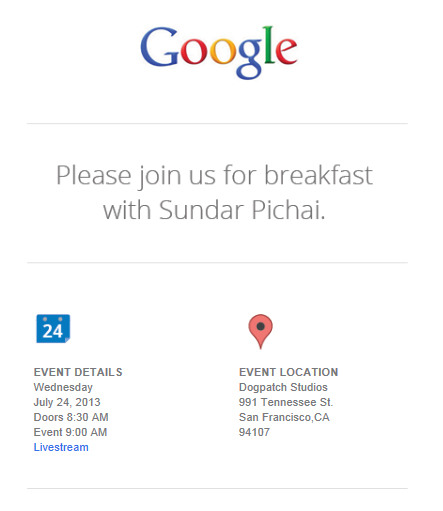 The event will be held on Wednesday 24 June at 9:00 am. It will also broadcast live.