Recent photographs published on the web suggest that a low cost iPhone is prepared by bringing the new Apple phone named iPhone 5C. An announcement in early September is also envisaged.

Once again, this is on the side of China that we must turn to find the source of the information. At this recent speculation, a picture appeared on the WeiPhone forum, identified later by the Japanese site Macotakara. We see a lot of plastic boxes stamped with iPhone 5C, with the Apple logo on the side.

It thus creates a rumor on the Web and the low cost iPhone prepared by the Cupertino company could well be called as 5C, the letter “C” may be a reference to “cheap”. One way to describe the new entry level of Apple could have a plastic device? 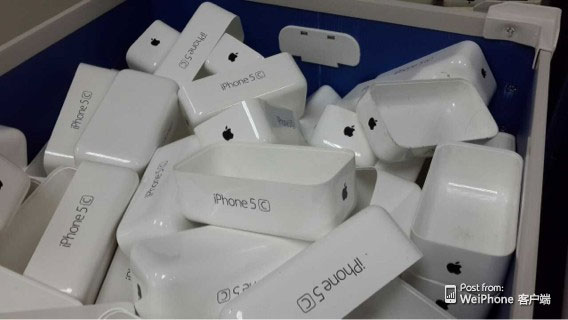 As always, impossible to verify the truthfulness of the information. We will therefore likely have to wait several weeks to find out what Apple is preparing: Note that KGI Securities analyst Ming-Chi Kuo, very active at the moment, believes that the company will unveil its latest device during the month of September – some even argue the date will be September 6, which is also the day of the start of the IFA in Berlin, and provide media exposure to Apple.