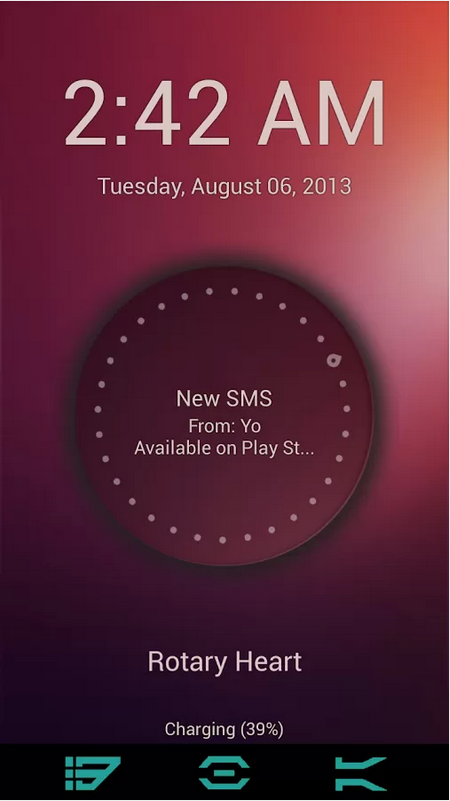 The Android system has the advantage and can be extensively customized and there are many third party interfaces packed with options, like the image of ADWLauncher or Apex Launcher Pro. A new software layer has appeared in Google Play to resume some elements of Ubuntu Touch.

In January, the publisher Canonical unveiled a new version of Ubuntu designed for smartphones and the company, seeking partners, that has recently opened a fundraising campaign for the production of Ubuntu Edge called smartphone. While the system was released in February, at the Mobile World Congress, but this version was largely unfinished with, by way of applications, from simple static demonstrations. 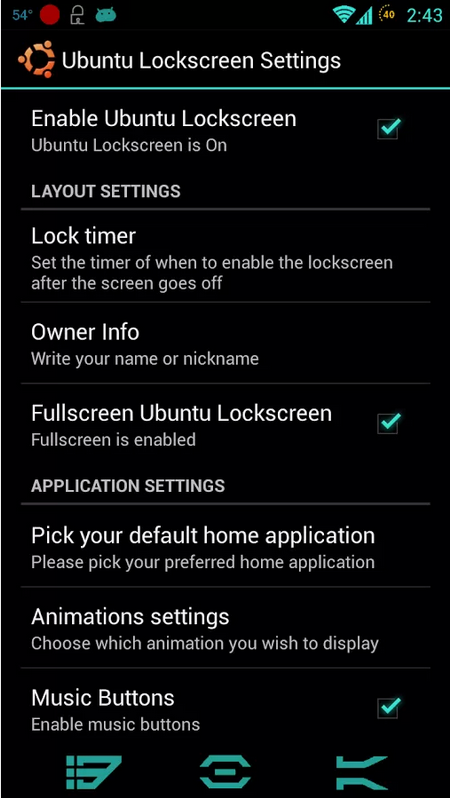 For its part, XDA developer forums began to replicate the Ubuntu Touch screen lock. Simply Lockscreen named Ubuntu, it is available for download directly from Google Play and requires a device with Android 2.1+.

The colors of Ubuntu, the display has a similar system of dynamic notifications to the mobile OS from Canonical to take note of missed calls or SMS. In addition to support for password, it will also be possible to display the controls of the music player and various items such as the date or the charging status of the unit.