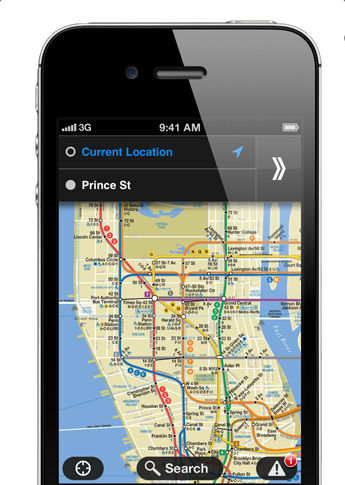 In order to improve its mapping service on iOS, Apple multiplies acquisitions and repurchases Embark.

In deciding to terminate its contract with Google and develop its own internal card technology for iOS, Apple immediately had a bad start and the result was not up to the competition. Now the Cupertino makes acquisitions to keep improving its service.

Jessica Lessin, former reporter for the Wall Street Journal reports that Apple has finalized the acquisition of Embark. Founded in 2011, it develops applications for iOS and Android offering to take cognizance of the state of public transport in cities across the United States. Currently, applications for iOS are still only available.

According to a source, Apple would ship these information directly into its service. Recently, the company acquired the specialist indoor mapping WiFiSLAM and data visualization tool HopSpot. In the field of cartography, Apple had previously acquired Placebase, Poly9 and C3 Technologies.

The amount of the acquisition was not disclosed and Apple re-iterates its remarks by saying: “Apple buys small technology companies occasionally, but we generally do not discuss our strategy.”