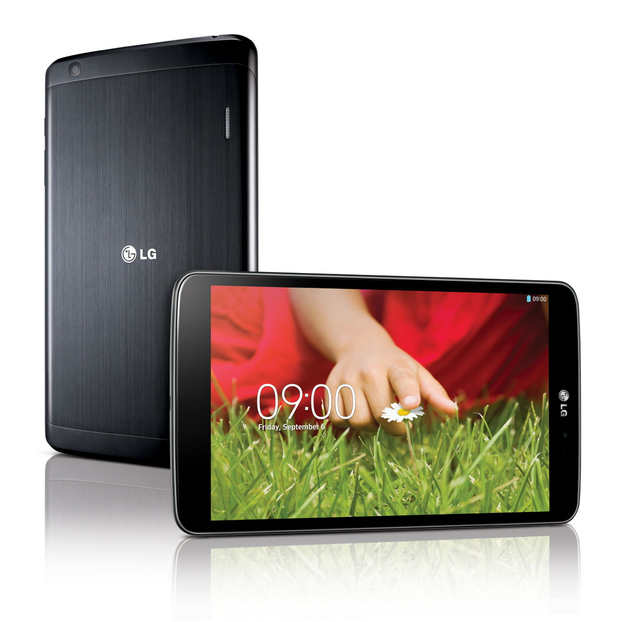 In the days before the IFA, LG announced this morning the G Pad 8.3, an Android tablet playing in the same division. The LG G Pad 8.3 features, as its name indicates, a 8.3 inch screen, probably LCD (rather OLED), displaying a higher resolution to Full HD: a WUXGA resolution of 1920 x 1200 pixels, a resolution of 273 dots per inch (dpi).

It has a Qualcomm Snapdragon 600 chip including a quad-core 1.7 GHz CPU, 2 GB RAM and 16 GB of internal memory. It also has front and back sensors of 1.3 and 5 million pixels respectively, each of which lacks a flash. Note the presence of two speakers at the back of the unit allowing you to enjoy stereo sound in a horizontal position. 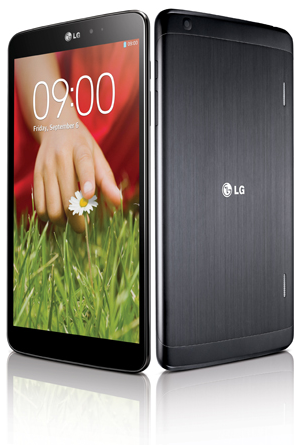 Unlike the Galaxy Tab 3 8.0, G Pad 8.3 is not available with cellular connectivity (3G or 4G) and does not offer its own telephony functions. But it has a QPair function to make calls, send and receive SMS and synchronize notes through an Android (not necessarily LG) smartphone. The QSlide functions and Slide Aside provide for their multitasking function.