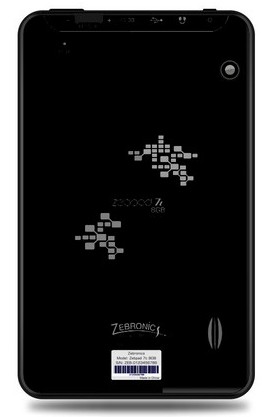 Top Notch Infotronix, India’s leading supplier of products and accessories for Computers, Consumer Electronics and Communication under the brand ‘ZEBRONICS’ introduced its latest products entering the handheld devices market – three models of Tablets, the Zebpad series comprising the Zebpad 7c, the Zebpad 9c and the star of show Zebpad T100.

Unveiling the Tablets at a Company showcase event, Rajesh Doshi, Director of Top Notch Infotronix said, “Tablets and similar handheld devices are rapidly changing the way today’s users are consuming data, on the move, segregated and organised to their particular likes, accessing the internet and social media, and using them as education aids.”  Making a reference to recent reports from analyst group IDC that indicate PC shipments are declining in direct relationship to the popularity of tablet computers, he added, “It is now well recognized that there is a change in consumer and corporate purchasing in favour of tablet devices. We aim to capitalize on this consumer trend with an array of tablet offerings that combine quality hardware and production values with great content and seamless usability for an engaging user experience – all the while retaining focus on our motto ‘exceptional value at a budget price’.” 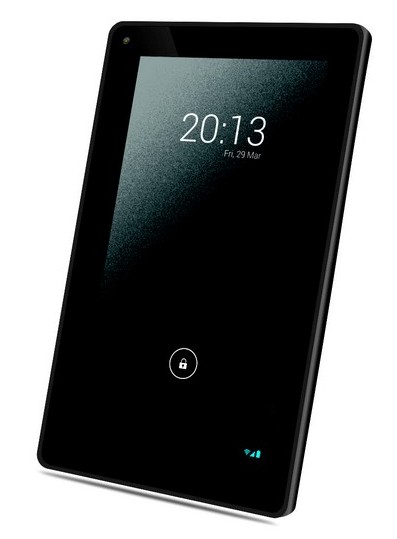 The star of show Zebpad 7T100 is powered by Cortex A8-1GHz processor and incorporates voice-calling through an in-built sim-card slot along with other lifestyle features such as Wi-Fi connectivity and USB OTG cable to act as a host, allowing other USB devices like a USB flash drive, mouse, or keyboard to be attached to it. The other two models, the 7-inch Zebpad 7c and the 9-inch Zebpad 9c, both feature a brilliant 5-point, capacitative touch-screen with 800×600 pixel resolution, further enhanced by a Mali-400MP 3D GPU which helps to render smooth and enjoyable video. The entire series runs on Android 4.0.4 ICS operating system. To click and instantly share your cherished memories the tablets include dual-camera capability – a 2-megapixel rear camera and a VGA front shooter for video conferencing. While Wi-Fi 802.11 b/g/n is a standard, USB dongle capability to link up high-speed 3G networks is an added advantage. The 3200 mAH battery (a feature not found in other similarly priced tablets), ensures true on-the-go functionality without the need for frequent re-charging. To add to its uniqueness, it has a humongous 8GB built-in memory, letting you carry and share your favourite multimedia content and multiple apps. The memory in all three models can be further expanded up to 32GB through a micro SDHC slot.

The tablet devices came at the Zebronics Product Showcase which also provided an opportunity to experience some of the Company’s wide range of products. More than 40 items were on display, including several digital media players, cabinets, speakers, keyboards and mouse, UPS, webcams, digital photo frames, TV tuners, external power banks, gaming sets and others – ranging in prices from as low as Rs. 99 to Rs 9999. With the focus on providing premium quality and unique aesthetics at value prices – clearly differentiating them from generic low-budget products.

Another highlight of the Show was the Iron Head, a first ever 7.1 surround sound gaming headphone were also showcased for touch-feel and live demonstration for experiencing the immersive Super Bass surround sound that it produces. Additional features include soft ear pads and volume controls for the ease of use. The Zebpad series of Tablets has been priced to representing Zebronics’ dedication to quality at value prices. The Zebpad 7c costs Rs. 5499/-, Zebpad 9c is Rs. 7499/-, and the Zebpad 7T100 for Rs. 7777/- including 1-year warranty and is available right away at Zebronics’ e-commerce site –  – or leading consumer-IT stores and on-line vendors.