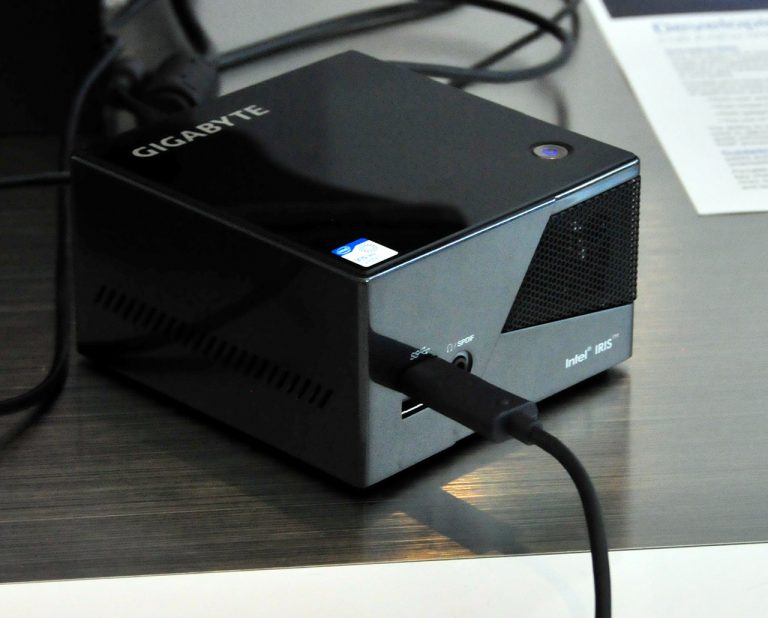 Gigabyte exposed a new Brix mini-PC, rather original, in the IDF 2013 conference. And if there were already talks about the Brix Projector, this is the Brix-mini PC for Gaming. An ultra-compact PC with GT3e variant chipset and Intel Core processors built on the fourth generation.

Hardly bigger than the Intel’s NUC, this Brix acquires a graphics card of Intel Pro 5200 Iris with onboard memory. Recall that unlike the fourth-generation Core processors to desktop PCs, Intel offers variations of its chips with Haswell GT3e processors with two times the computing units, which will increase the 3D performance significantly. Moreover, to locate performance GT3e, it is often reported on the similar basis of GeForce GT 650M. 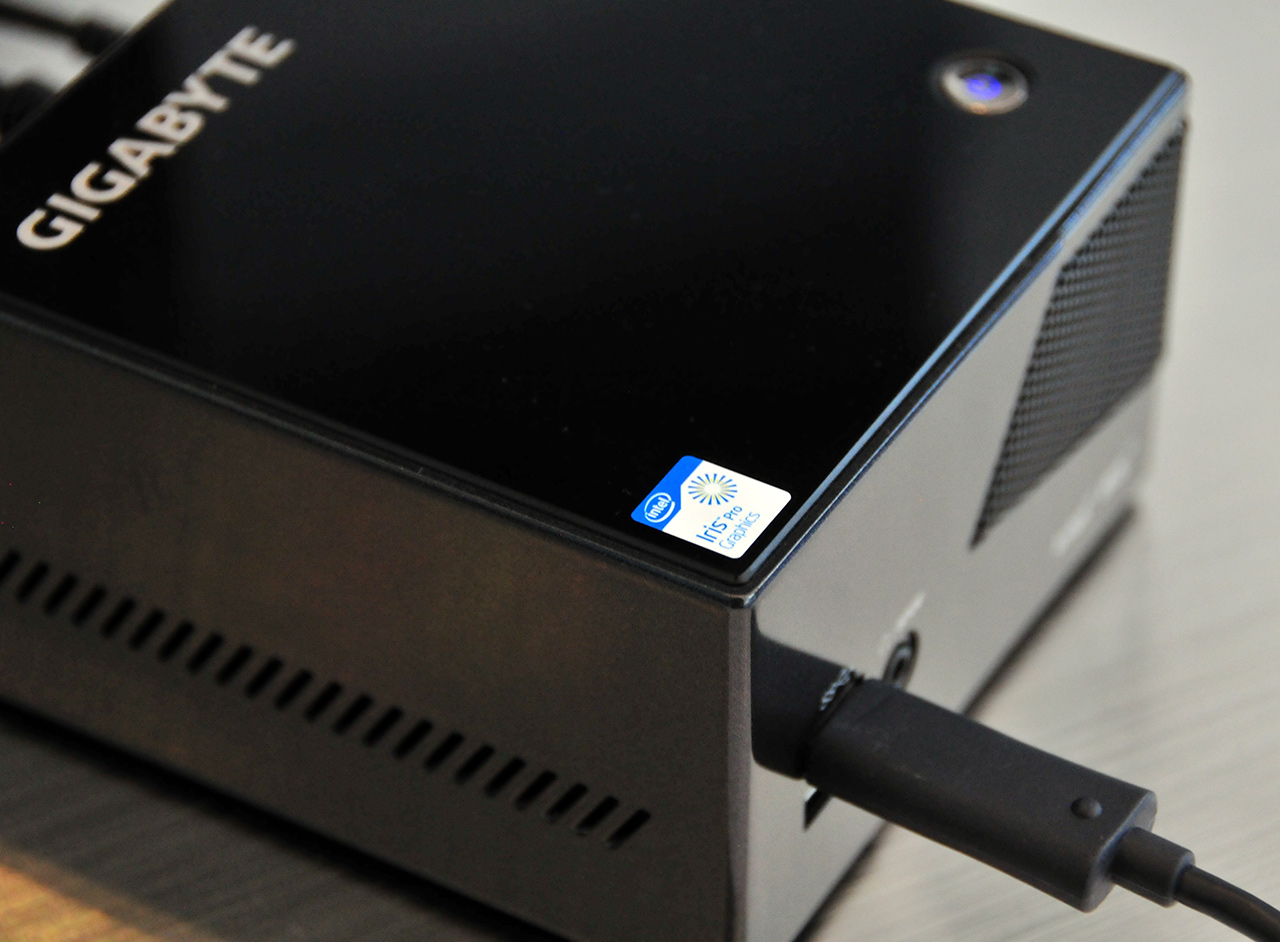 Gigabyte will offer a choice for the processor with the Brix Iris: Core i7-4770R, Core i5-4570R or Core i5-4670R  with frequencies ranging from 3.2 GHz to 3.9 GHz. But be careful, it here reaches 65 Watts TDP. The case has its cooling system, a slot for 2.5-inch hard drive and two PCI-Express 1x mini extension slots. USB 3.0 is also on the menu as well as Gigabit Ethernet, Wi-Fi and Bluetooth connectivity while the video is made up of mini-DisplayPort and HDMI. No price or availability date are reported from Gigabyte for now.