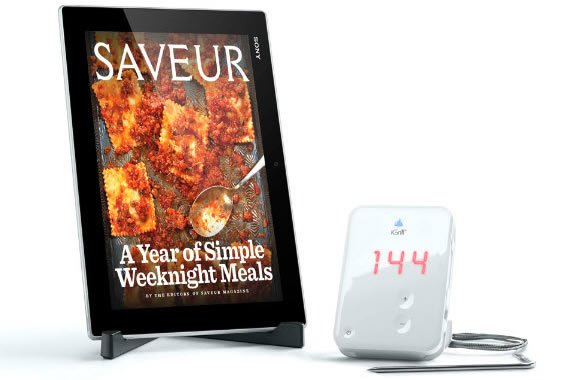 Sony recently unveiled a special version of its tablet Xperia Tablet Z, for use in the kitchen. A device that has not yet been announced in Europe.

The tablet Xperia Tablet Z original proposed by Sony already has the distinction of being waterproof upto 1 meter for 30 minutes: a feature that is found in the Kitchen Edition that was unveiled a few days ago by the Japanese manufacturer. As its name suggests, this version of the tablet is primarily intended to be used in the kitchen.

The Xperia Tablet Z Kitchen Edition is also waterproof up to 1 meter and up to 30 minutes of immersion, and resistant to dust, which allows use of flour and other ingredients of the same type smoothly. It has an LCD touch screen of 10.1-inch displays and a resolution of 1920 x 1080 pixels, includes a quad-core Qualcomm Snapdragon S4 processor Pro APQ8064 1.5GHz, 2GB RAM, 32 GB of space storage, a microSD slot and NFC. The tablet is powered by Android 4.1 Jelly Bean. 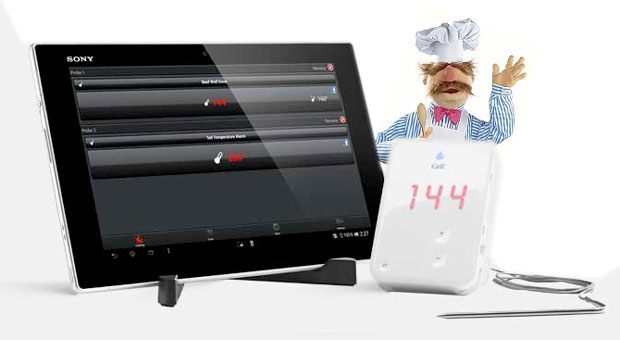 The model is similar to that already proposed in the trade: what really distinguishes this Kitchen Edition of the basic model is the presence of preloaded applications dedicated to the kitchen – BigOven, Evernote Food, etc – but also a support for the tablet, and a thermometer iGrill. It connects to the tablet in Bluetooth and measures the cooking, while also functioning as an independent timer.

The Xperia Tablet Z Kitchen Edition is announced at a cost of $650, higher than the standard version, for its proposed $600 fee. However, the iGrill thermometer alone is worth $80, which allows a small economy by buying the tablet equipped with all cooking applications and accessories.