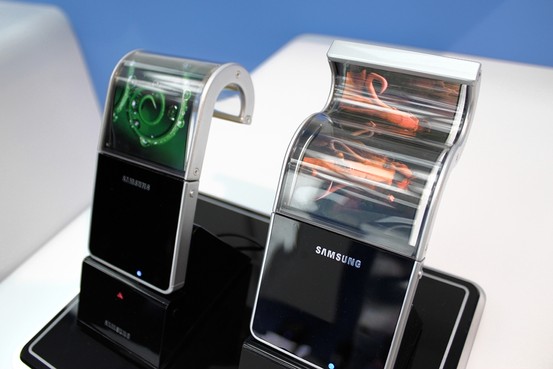 At an event around the Galaxy Note 3, Samsung has said to unveil the first smartphone model with a curved screen. The announcement could come as early as next month.

After the flat curved screens, the time now seems to be for smartphones including the same kind of technology. In any case that suggests the new discreet announcement of Samsung’s DJ Lee, head of mobile brand strategy, who announced on Tuesday a “smartphone with a curved screen” will be “presented in October in Korea South.”

No details of the device has been given: it is not known whether Samsung plans to unveil a version of one of its smartphones that is already released, or if intends to propose a new model.

Samsung has long been working on its flexible AMOLED screen technology: the manufacturer had unveiled its first prototype in 2011. Several delays in the launch of mass production were observed in recent months, but the company now seems well on the way. Remember also that Samsung would work on a new watch model to early 2014, and it may be that the latter incorporates this technology.