Some users of the messaging service of GTalk for several hours notice a bug that sends messages to the wrong recipients. The problem also affects Hangouts.

If you are distrust using GTalk or Google Hangouts to communicate online contacts: a bug currently seems to affect both services, resulting in sending messages to the wrong recipients in some cases.

The problem has been noted by many users worldwide, and it also seems to affect both services, including the mobile version of Hangouts, the one included in the Gmail or using via Google Apps for Business, says ZDNet. Numerous testimonies posted on Twitter with the hashtag #GTalk and #Hangouts show random messages received from other contacts than those to which they were intended. 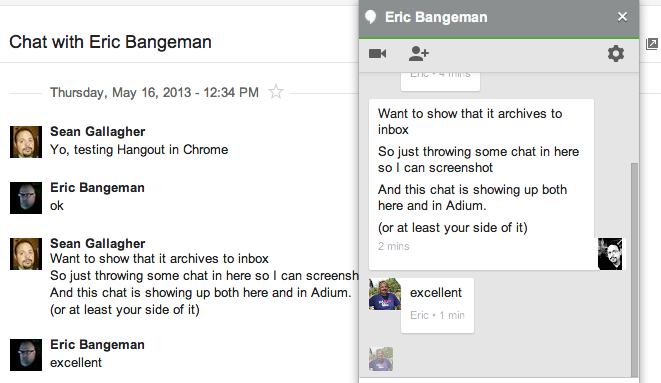 A user sending a message to a contact “A” is now receiving an answer to it from a contact “B”. After trying to reproduce it, we found that the bug is totally random, and if that actually happens then messages are directed to the wrong people, but some sent from the same account, are delivered normally.

Difficult, for now, to know the extent of the problem, Google has not yet reported anything on it. We will update this news when new information becomes available. In the meantime, caution is advised.