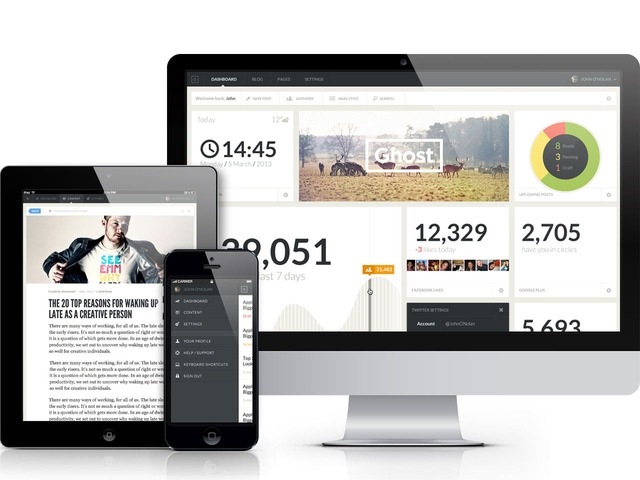 The team developing the open source blogging platform Ghost announces the opening of its service to the entire Internet and wants to find its place in a market already well developed.

In the spring, in a rather unusual context, the Ghost project team began talking to it. After closing the Posterous service purchased in March 2012 by Twitter, Tumblr acquired by Yahoo! portal and the evolution of the WordPress platform with real tool for development of Web applications, Ghost wants to return to a simple solution independently.

Published under the MIT license, Ghost is written entirely in JavaScript and based on Node.js and SQLite. Like WordPress, the platform can accommodate themes – some paid – as well as extensions. Developers announced the opening of its service to the public and users can already book a username on ghost.org field. 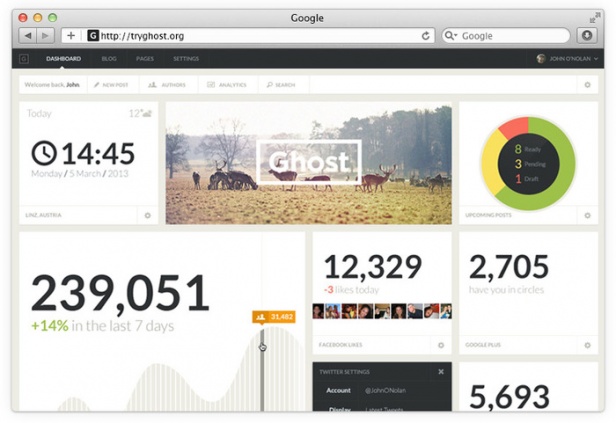 At present it is not yet possible to create an online blog but Ghost announces the availability of its first public release version 0.3.2. To facilitate the installation, developers are working with Bitnami team specializing in the design installation wizards to deploy the platform on a remote server. Other partnerships have been signed with the Digital Ocean and Rackspace Hosting. Finally the company Envato partner of Ghost has established a competition to encourage the creation of graphic theme.

Combining the simplicity of Tumblr flexibility of WordPress is the objective of Ghost. The question is whether the project for the time being funded via a Kickstarter record, will find its place on the market?