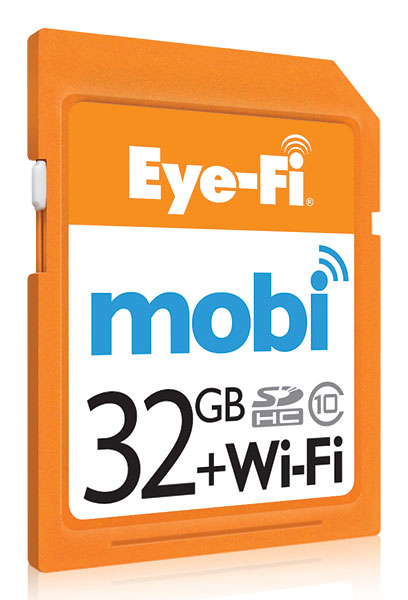 Eye-Fi has added extra capacity to its Mobi card range, adding more versions to its 8 GB and 16 GB available since its launch last June, a 32 GB version is now available.

The advantage of this capability is limited to a Wi-Fi card, as photos and videos are assumed to be transferred and stored in As, which reduces capacity requirements. But can occasionally need large capacity at a rich event for example (such as marriage) or offline travel (abroad).

Anyway the Eye-Fi Mobi 32GB card strictly offers the same features as its predecessors. It can be equiped with cameras that dosent still uses Wi-Fi connectivity, allowing it to transfer photos and videos to a smartphone or tablet.

This is the Eye-Fi card which offers the best capacity/price. The 32GB Mobi card retails for $99.99 and is available now through www.eyefi.com, as well as other retail and camera specialty stores nationwide. The Eye-Fi Mobi card is also available in 8GB for $49.99, or 16GB for $79.99.