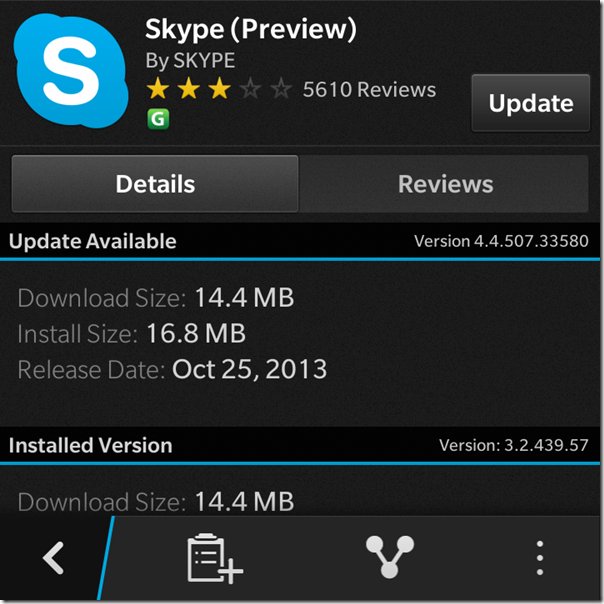 Skype has rolled out an update of its VoIP client in preview version for BlackBerry 10.

To obtain a version of Skype quickly on its new system, BlackBerry encourages publishers to port their applications originally designed for Android. So in February, Microsoft announced the upcoming availability of Skype on BlackBerry 10 before publishing a first Preview release in April. An update has just been published in the BlackBerry World.

Still experimental version, the application now has a new interface more respecting the codes of BlackBerry 10 and offers new ergonomics. The application is always based on previous work carried out in Android but has a new menu bar placed at the bottom of screen. Note also the appearance of options on contacts by adding some to your favorites, or blocking it. Taken over by the specialized site CrackBerry.com, this new version also displays advertising.

Recently the BlackBerry World has also enriched Flipboard and Evernote since the company has deployed an update to its application.