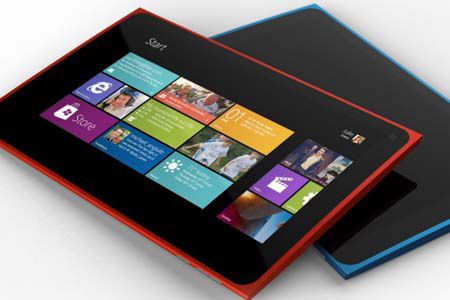 Few weeks ago, Nokia unveiled the Lumia 2520, its first 10.1-inch tablet that is working on Windows 8.1 RT. Today we learn that the company is preparing a second shelf in a smaller format and the availability of which was announced in early 2014.

Nokia is currently preparing a larger than expected tablet in Windows RT range. The Twitter site Evleaks hold the codename for the next Nokia 8 inch format tablet called "Illusionist".

Information is confirmed by the site The Verge indicating that the release of the tablet in reduced size would likely be facing the beginning of 2014. Internal sources of Nokia confirmed that Illusionist is a tablet format of 8 inches, operating under Windows RT 8.1 and incorporating a processor manufactured by Qualcomm.

The variation of the Lumia 2520 tablet to a more compact format is logical for the brand, even if it means a novice in the field. It is also not said that it is proposed international for now. In this case, the future of the tablet could be compromised by the acquisition of Nokia by Microsoft, also scheduled for early 2014.

At the same time (early 2014), Microsoft will also release its own "mini" size to 7.5 inches, which would imply that eventually, the firm is left with two almost identical products in direct competition.

With all the recent future releases of Nokia in the smartphone and tablet market, the acquisition by Microsoft seems to fall at the worst time for the firm. The question is whether Microsoft will also prolific once in control of all levels of the RT and Windows Phone ecosystem.