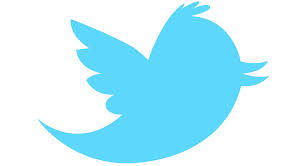 Concerns about the launch of the social network Twitter purse vanished quickly in the day yesterday. The action group has registered a surge with a 70% increase from the first day.

Yesterday, Twitter finally launched its IPO, and the day has been particularly intense for the firm and for traders who saw the price of the share TWTR jump to stabilize after the first day with a 70% increase in value .

Only 70 million shares were placed on the market in the day yesterday for Twitter to raise $ 1.82 billion.Microblogging network realizes there the best IPO of a technology company in the United States since that of Facebook occurred in May 2012. The site is expected to generate revenues of $ 500 million this year, despite an estimated loss of $ 69 million so far in 2013, which should help the company to generate profit by 2015.

This has not prevented orders saturate brokerages. An important application that had led analysts to accurately estimate the share price between 42 and 46 dollars after the opening day.