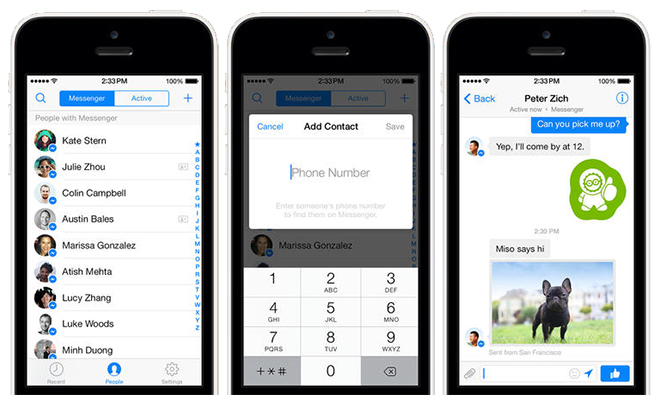 Facebook has finally launched its new application. The 3.0 version of Facebook Messenger is openly inspired by WhatsApp, the world's most popular mobile messaging service.

Facebook has realized its "new experience" of mail and had made at the end of October and tested it on Android. Finally, the new application is available on both Android and iOS.

It is not a secret, the undisputed leader of social networks has great ambitions in messaging. With its dedicated Facebook Messenger application, it hopes to override all competing solutions, and even SMS.

But a mobile independent publisher gives it a hard time: the WhatsApp service pioneer segment remains more popular. It has claimed that it was 200 million users and nearly 30 billion exchanged messages per day. 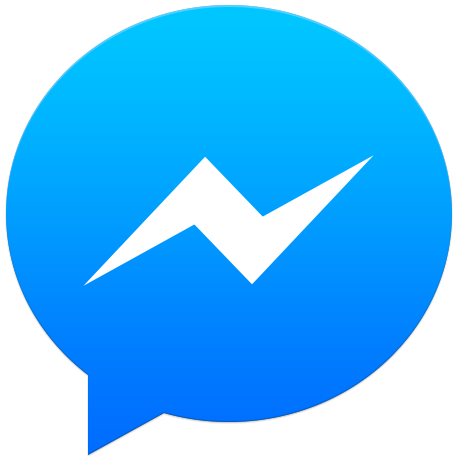 Facebook has finally resume a founding principles of this application: phone number now identifies contacts. In addition to Facebook friends, the contact list will therefore include users from the telephone directory. They can be contacted via Facebook Messenger, not SMS, although they are not Facebook friends. This will require that the contacts are naturally added to their phone number of their profile, publicly or not.

The Social Network tested this approach for nearly a year, but only on certain growth markets and only on Android. It has now finally generalized this method. The new application provides further improvements expected since late October.