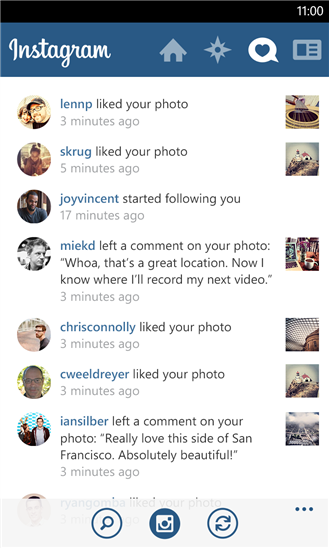 Finally, the photo sharing service Instagram application has just launched for Windows Phone. Announced as a beta version, it includes the famous filters for editing but is now stalled on video support.

Presented on the iPhone since its inception, Instagram, since March 2012, has also landed as an Android app. The service, now owned by Facebook, has added another string to its bow now, its first Windows Phone application has been launched now. Stamped as beta, it includes the features that have made the popularity of Instagram, namely the ability to retouch photos using filters before sharing them on an online platform where they can be liked, guided and shared.

According to the first user feedback, Instagram for Windows Phone deserves the moment for the term beta as it suffers from a few bugs, more or less annoying ones and has some shortcomings, such as lack of direct access to the camera from the the application. It also lacks the video module (shared sequences of 15 seconds) launched in the spring of competing mobile environments. 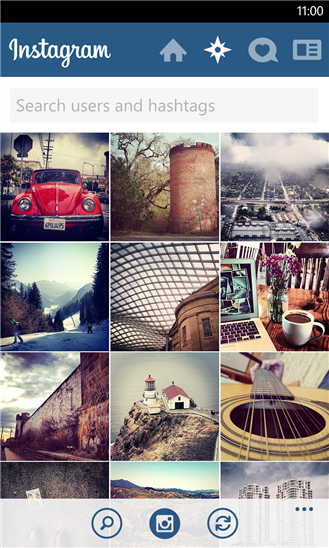 Instagram promises, however, that its application will evolve quickly. "We wanted to make Instagram available to people with Windows Phone as soon as possible, we are therefore focused on creating a great experience around Instagram function. We have not finished and our team will continue to develop the Windows Phone application with new features and provide you the best possible Instagram."