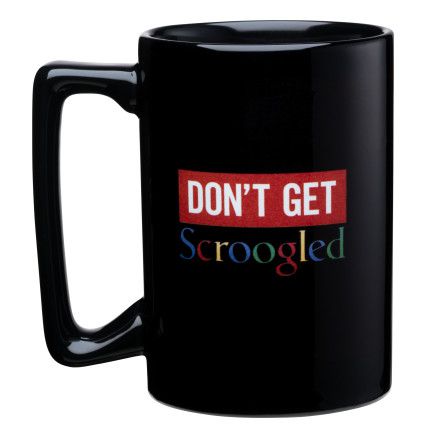 Overseas, Microsoft challenged Google violently through a smear campaign called Scroogled . This  word is used as a contraction of "to screw" and Google to say "getting ripped off by Google."

To tarnish the image of Google, the campaign Scroogled attacks primarily on respect for the privacy of user registry. Google search engine has been cited or charged Gmail to read emails to sell and target ads. Via the Google Play Store, Android has also been targeted.

For Microsoft, this campaign also serves to highlight its own solutions whether for example Bing or Outlook.com. Moreover, it suggests that Microsoft must be irreproachable. Still, the campaign Scroogled resumed. On the Microsoft U.S. Store, a special Scroogled shop just opened. It offers t-shirts, caps, mugs and many more things to come. 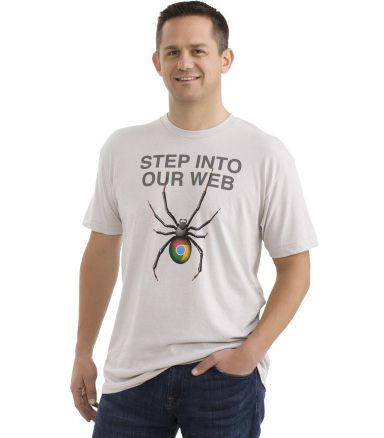 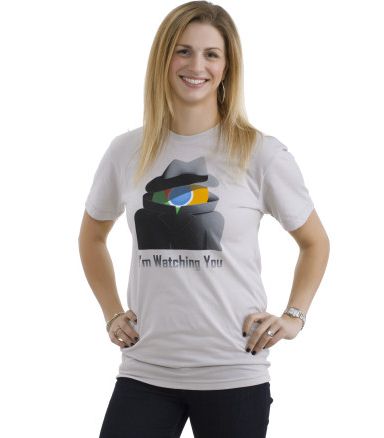 A print on a t-shirt is, for example, a spider with the Chrome logo and the inscription says "Step into our Web." "Google is the spider. You're the fly. You probably know what happens next." Another t-shirt says "I am watching you" meaning Google is keeping a watch on us always.

Such t-shirts are sold at $11.99 but the item that is most successful and would be out of stock is a mug which you can read in the Chrome logo: "Keep calm while we steal your data." 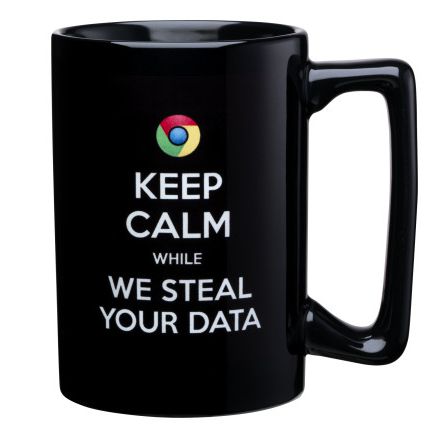 This shop is opened now while Google has just settled a dispute amicably ($17 million) in an early case for the circumvention of privacy settings of the Safari browser.