The arrival of the first 64-bit mobile processor has been much discussed when Apple unveiled the Apple A7 processor for its iPhone 5S, also found in the iPad Air and the iPad Mini Retina.

Of course we can try to see further and consider that this is a step that will lead to blurring the boundary between computers and mobile devices and it will not be long before other manufacturers of mobile processors announce their own 64-bit versions. 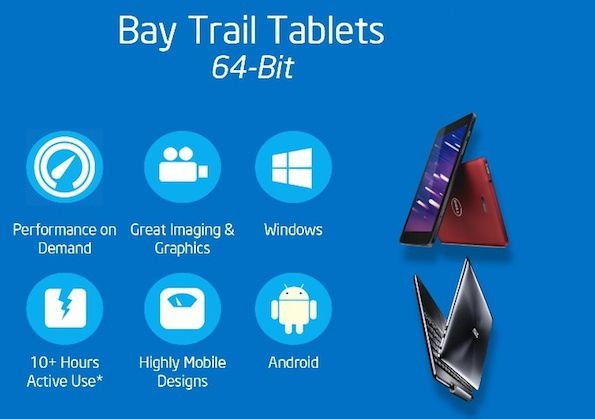 This development will not only concern the Windows 8 tablets, said Hermann Eul, who oversees activities of Mobile and Communications Group, but evolution also will also take place on the Android platform.

More precisely, the Bay Trail processors are already 64-bit compatible but would work in 32-bit, which will be amended true in the coming months.